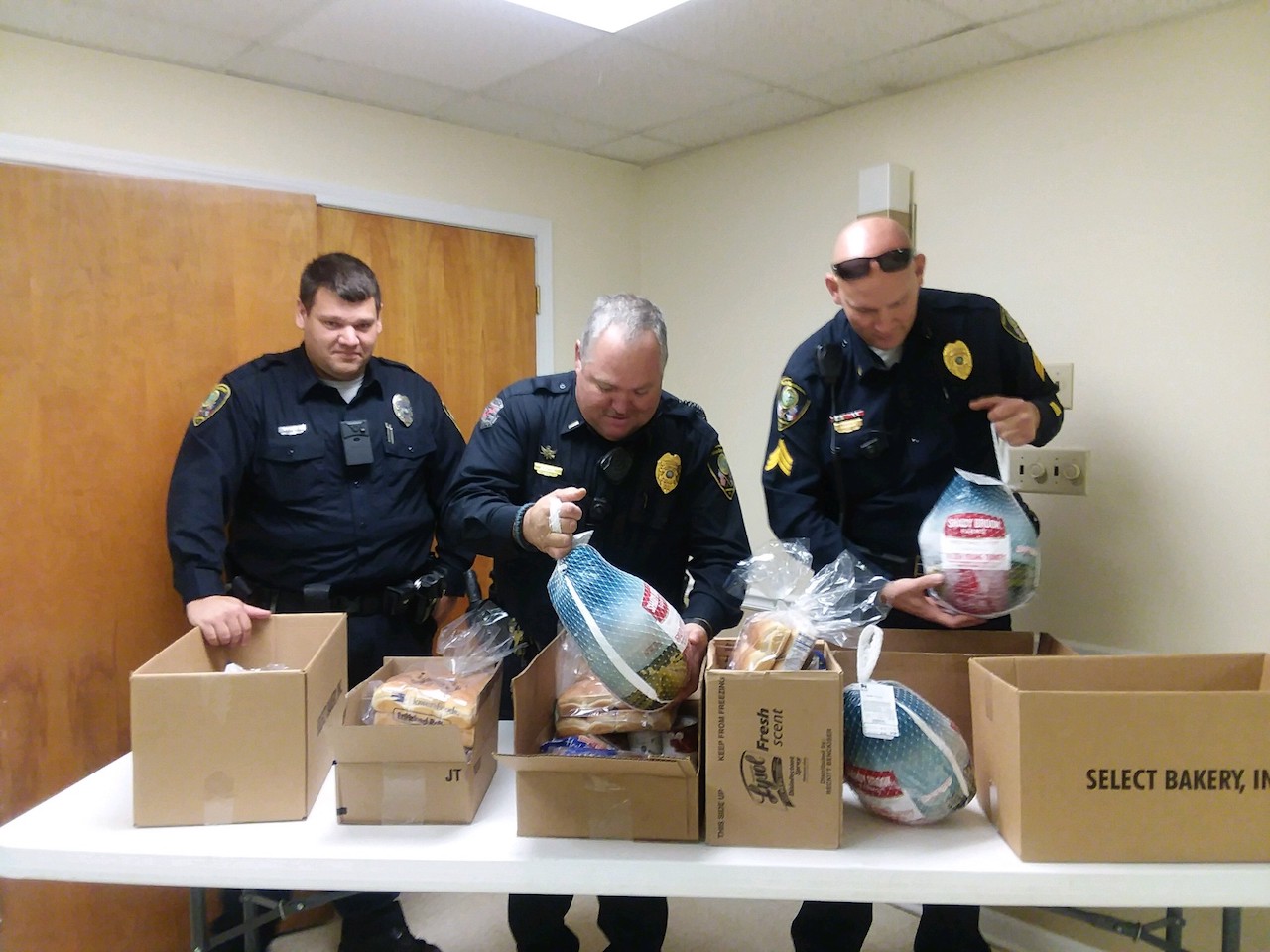 Roanoke Rapids Police Department’s A Squad continued its tradition of bringing Thanksgiving dinners to those who otherwise might go without.

Lieutenant Bruce Norton said this is the seventh year of the project and through business donations and monetary donations by city employees the team was able to give out 15 boxes — boxes with turkey, yams, stuffing, cranberry sauce, green beans, rolls and dessert.

“It’s always a good feeling to help out in the community and to see the need firsthand and the appreciation the people have for it,” Norton said.

Families who received meals were identified by Angel’s Closet with help from school resource officers Ron Baird and Jeff Hinton.

New Testament Christian Church on Jackson Street let A Squad keep the turkeys in its freezer and let the officers pack the boxes there.

“Without the support of the sponsors we couldn’t have done as many,” Norton said.

“It’s something the guys and girls do to help someone not as fortunate as we are,” Hasty said. “We’ve got a dedicated staff who cares about our community.”

Norton said anyone wanting to help out other families in need is encouraged to call Angel’s Closet at 252-326-3236 to inquire about making donations to its food bank.