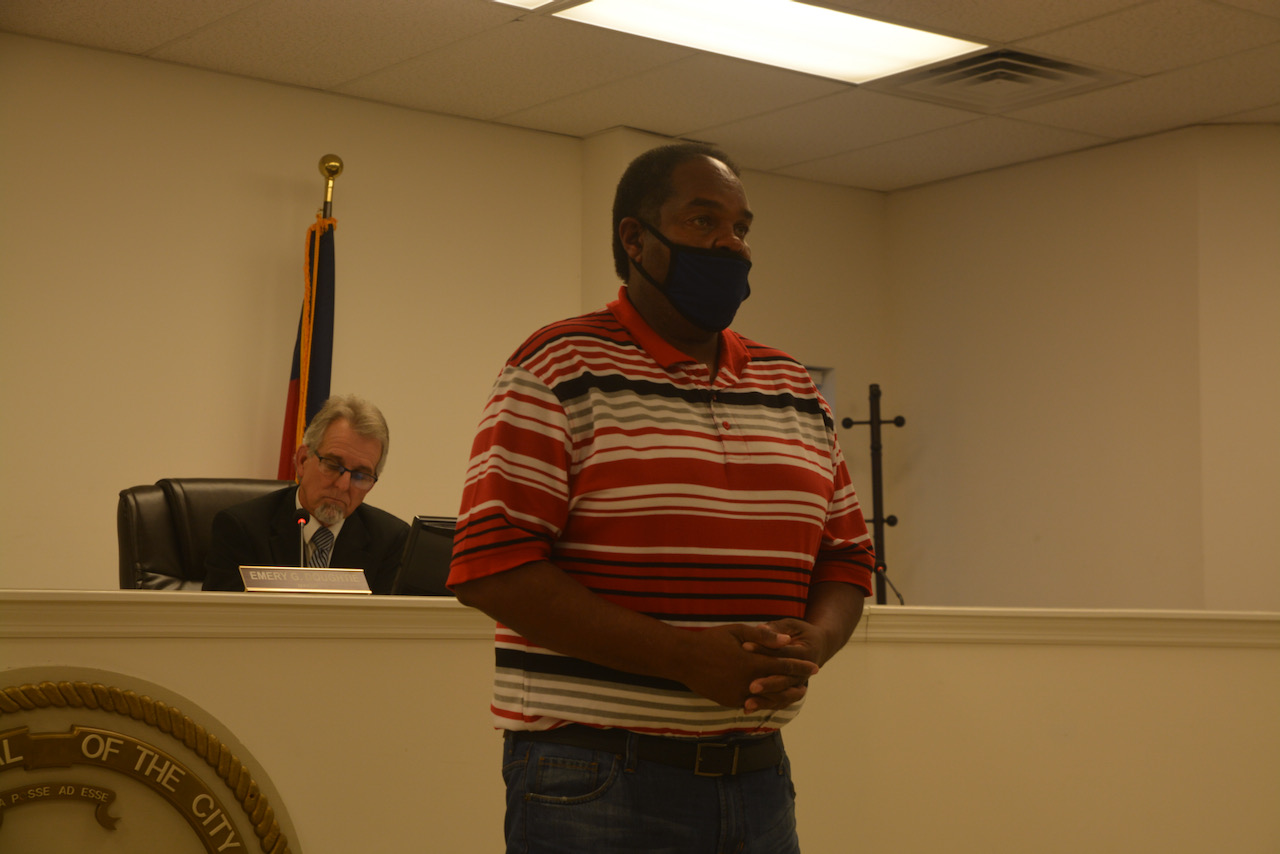 After being recognized by Lowe’s Home Improvement corporate with one of its highest honors, William Jones, a floor supervisor at the Roanoke Rapids store, was honored today by the Halifax Resolves Chapter of the Sons of the American Revolution for starting CPR on a fellow employee who was unresponsive in December.

Jones received the organization’s lifesaving medal from Ken Wilson, a representative of the local chapter.

“He is credited with sustaining his fellow employee's life until the arrival of first responders,” Wilson said.

In the gallery, from left, Jones at the council meeting and Jones and Wilson today

Andy Jackson, who is also a Lowe’s floor supervisor, said, “William was the first man on the scene. He started the CPR process and kept it going until first responders arrived.”

Jackson said the response is in Jones’ nature. “William has always been one to put you before him. He’s a Christian person, he’s humble and he cares about people.”

Employees are given the course, Jackson said, and Jones has worked with the city in the past.

Jackson had recognized Jones’ efforts during a recent city council meeting where the first responders who relieved Jones were honored.

At that meeting, Roanoke Rapids police Chief Bobby Martin said of Jones, “We need to let the public know how he started the lifesaving measures.”

The company bestowed upon Jones its Angel Award, which is a lifesaving award and one of the highest the company gives.

The police officers honored during that meeting were Sergeant Daniel Hundley, Master Officer Jeremy Horne, and officers Elijah Ellington, and Nicole Powell. The firefighters receiving the award were Austin Jarrett and Ben Clements.