Police investigate one Henry St. shooting; arrest made in second

Both shootings occurred in the Henry Street area but are unrelated, Chief Bobby Martin said today.

The one Tuesday is potentially related to a robbery attempt but Martin said investigators haven’t confirmed that yet while the one Wednesday appears to be related to an undisclosed disturbance.

There were few suspect descriptions given in the Tuesday night shooting.

Martin said in a statement around 11 p.m. officers responded to the 1000 block of Henry Street after receiving a call someone had been shot.

Officers located a victim who sustained a gunshot wound to the midsection. The victim is in stable condition.

Shortly after 11:30 p.m. Wednesday officers responded to the 900 block of Henry Street after receiving a call two people inside a home had been shot multiple times.

Due to their injuries EMS treated them and transported them for further medical attention.

The first victim received multiple gunshot wounds to the midsection while the other was shot in the lower body. 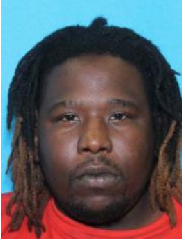