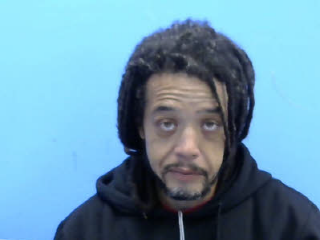 Wednesday shortly after 10:15 a.m. officers C. Hagbourne and R. Palmer were patrolling in the area of Southgate Drive when they noticed a man identified as Brandon Carter leaving a residence. The officers were familiar with Carter, 39, and were aware he had outstanding warrants.

Carter ran from the officers, who caught up with him and took him into custody.

Carter, of Roanoke Rapids, had an outstanding warrant from state Probation and Parole and was carried before a magistrate.

Carter was charged with resist, delay and obstruct and received a $1,000 unsecured bond. He received a $30,000 secured bond for the probation arrest order.

Carter had received a suspended sentence in January from Nash County for larceny from a person and was placed on 24 months of supervision.

Wednesday around 9 p.m. officers responded to a disturbance call at Cook Out involving the assault of an employee.

Officers saw Sergeant D.K. Newsome of the Halifax County Sheriff’s Office following a vehicle which did not immediately stop.

Roanoke Rapids Sergeant M. Hunsucker assisted Newsome. As the chase proceeded on Chockoyotte Street towards Fourth Avenue the driver of the suspect vehicle nearly hit another vehicle in the rear and passed it illegally in a reckless manner. 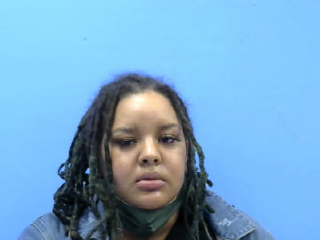 The driver, later identified as Diedre Roberts, 26, of Gaston, stopped near a residence on Fourth Avenue.

Hunsucker reportedly detected the odor of alcohol on Roberts. She was taken to the police department for processing and then to a magistrate who charged her with flee to elude arrest with a motor vehicle, DWI and resist, delay, and obstruct.

She received a $2,500 secured bond for the charges related to the chase and was released to a responsible party for the DWI charge. She received a March 19 court date.

Martin said Roberts was reportedly involved in the Cook Out disturbance. No charges have been filed related to that matter, which is still under investigation.

“We appreciate the assistance of Sergeant D.K. Newsome with the Halifax County Sheriff’s Office in this situation,” Martin said. “This is a prime example of how working together pays off.”