A New York woman who struck a Halifax County EMS truck Tuesday afternoon was arrested and charged by the Weldon Police Department. 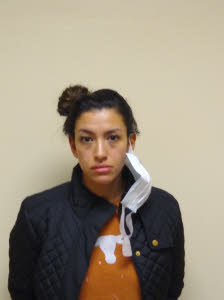 The charges were lodged after Corporal S. McKimmey responded to a convenience store in the 1600 block of Julian R. Allsbrook Highway on a suspicious person call, according to Chief Christopher Davis.

McKimmey, shortly before 1:45 p.m., spoke with the clerk and identified the person as Hecker, who was reportedly incoherent.

EMS was requested but the woman was uncooperative and drove off, striking the EMS vehicle. She stopped in a different location of the parking lot. She was arrested and taken before a magistrate.

No one was injured.