A fifth person has been charged in a murder investigation which began after the Roanoke Rapids Police Department discovered a body in the trunk of a vehicle which was stopped for speeding last week. 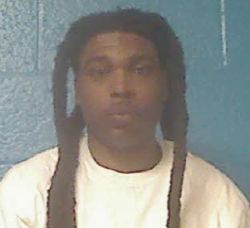 Chief Deputy Scott Hall of the Halifax County Sheriff’s Office said in a statement 30-year-old Travon Purnell surrendered to deputies last week and was charged with murder in the death of 23-year-old Trevon Fields.

Hall said today that the investigation does not indicate any more people will be charged in the case.

He also said a disagreement over a previous matter appears to be the motive behind the fatal shooting. He would not elaborate.

The chief deputy had no comment on who fired the shots. He did say investigators believe before the traffic stop for speeding at Highway 158 and Georgia Avenue in the early morning hours of January 18, the four initially charged were reportedly going to dispose of Fields' body.

Purnell surrendered to deputies two days after the four were arrested around 3:30 a.m. He has been charged with murder and has a February 3 court date pending.

The sheriff’s office has credited Roanoke Rapids Officer C. Roberts II with making the speeding stop which led to murder investigation and the arrests of the four initially charged.

Roberts made the stop after the driver of the vehicle was reportedly traveling well in excess of the posted 45 miles per hour speed limit.

Fields died from apparent gunshot wounds. The sheriff’s office said last week that the shooting death occurred on Dickens Avenue which is off Highway 158.

Person faces charges of concealment of death, carrying a concealed weapon and speeding 57 in a 45 miles per hour zone.

Roanoke Rapids police Chief Bobby Martin said this afternoon Purnell was not with the four at the time of the speeding stop and will not face any charges from his department.

During a search of the vehicle four handguns were discovered along with 4 grams of marijuana and various items of paraphernalia.