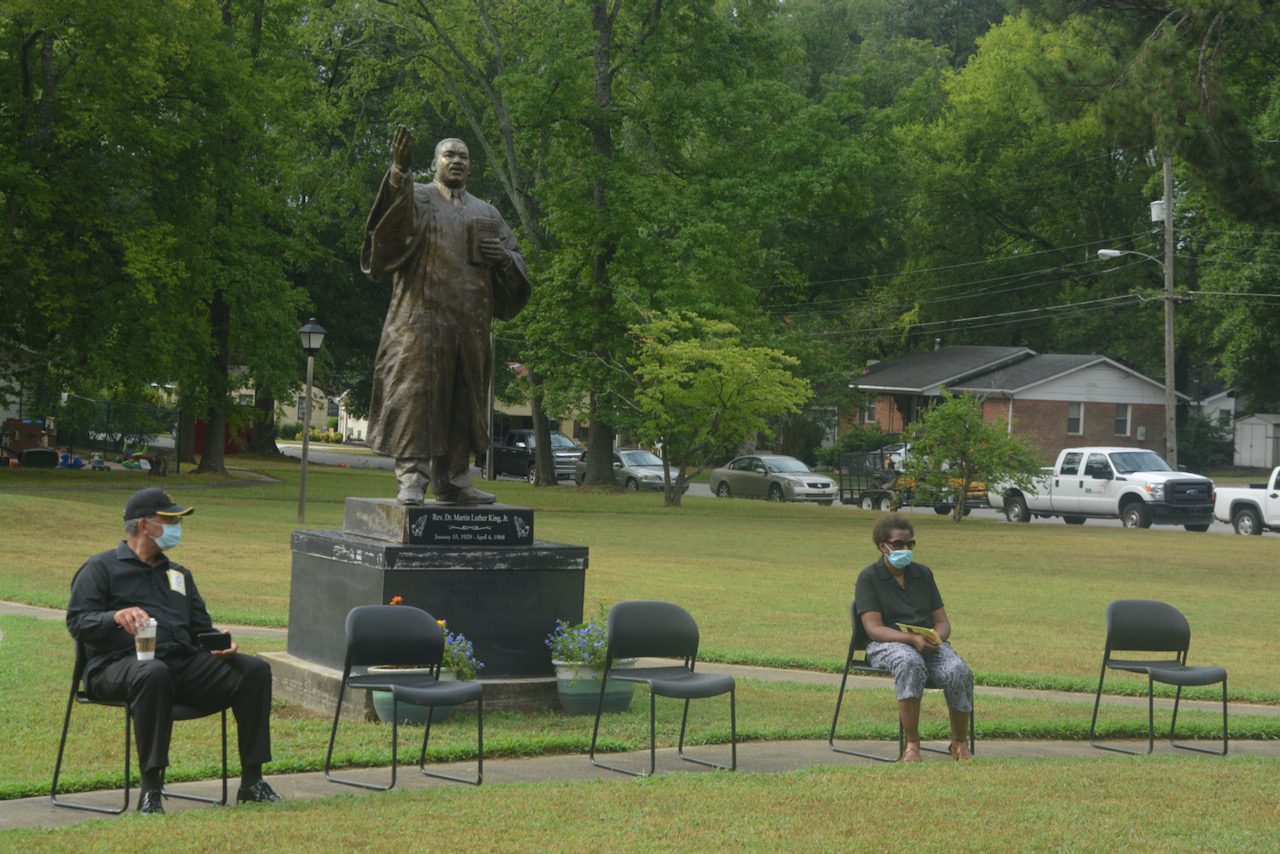 The event will be held at Martin Luther King Community Park located at Wyche and Virginia streets in Roanoke Rapids.

Members of the Alpha Phi Alpha Fraternity will have the honors of placing the wreath in memory of King, who was a fraternity brother in the organization.

The memorial prayer and inspirational words will be given by Charles McCollum Sr., president of the Roanoke Valley SCLC and pastor of Oak Grove and Piney Grove Grove Baptist churches.

After the laying of the wreath, a special blessing and moments of reflections will be given at the Sarah Keys Evans Plaza, also located in the park. The plaza was unveiled August 1.

Evans refused to give up her seat on a bus which had stopped in Roanoke Rapids on August 1, 1952.

Her action prompted the landmark case Sarah Keys v. Carolina Coach Company in which the Interstate Commerce Commission outlawed segregation of Black passengers in buses traveling across state lines in 1955.

Due to the surge of COVID-19, this year’s ceremony will be abbreviated.

Mertis B.Horton will serve as the celebration leader; Congressman G.K. Butterfield will be the guest speaker; Kaileb Harrison will recite Dr. King's I Have A Dream speech; Senator Erica Smith will present declarations of hope; and McCollum will reflect on the MLK Day events from 2002-2021.

The John 3:16 Center was selected as the 2021 MLK Community Service Project benefiting families in surrounding counties.

The 17th Annual MLK Parade has been cancelled due to the ongoing pandemic.