A man who was charged last month in a June overdose death is wanted by the Halifax County Sheriff’s Office after fentanyl and other drugs were found at his residence following a Friday domestic disturbance in which he was shot. 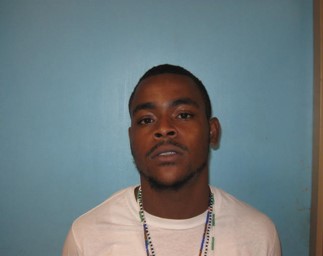 Captain A.M. Harris said this morning Agent B.J. Murphy plans to file charges against Katoe Harris Jr. after 15.6 grams of fentanyl, 3 grams of methamphetamine, 4.9 grams of cocaine and 3.5 grams of marijuana were seized following the execution of a search warrant.

Captain Harris described Harris Jr. as a reputed mid-level dealer who frequents areas of South Rosemary as well as the Highway 48 area. “We have received a lot of complaints on him recently,” Captain Harris said.

Roanoke Rapids police Chief Bobby Martin, whose department filed the charges related to the June overdose death, said this morning, “We’re definitely looking into federal charges on those charges he has.”

In a statement sent Monday night, Chief Deputy Scott Hall of the sheriff’s office said on Friday around 2 p.m. deputies responded to a residence on Highway 48 just outside Roanoke Rapids about a man who had been shot.

Investigators learned that Harris Jr., 22, of Roanoke Rapids, had been shot and sustained injuries that weren’t life-threatening.

Detective Matt Brown learned the shooting was the result of a domestic assault where the woman was believed to be defending herself.

Harris Jr. was treated and released from Vidant North Hospital.

Brown secured warrants for his arrest for assault on a female.

During the investigation a search warrant was served by Murphy and the drugs were seized.

Last month Martin said Harris Jr. and Nyati Garner were charged as a result of the overdose death of an Enfield man in June.

An autopsy performed on 25-year-old Rakueem Edmonds confirmed he died of a drug overdose while staying at the Brookwood Motel on June 26.

On that date Edmonds was found unresponsive in a room of the motel and investigation showed the cause of death was from drug-related complications.

The investigation by Roanoke Rapids Detective Sergeant G.L. Williams established probable cause to obtain warrants on Harris Jr. as well as Garner.

Anyone with information on Harris Jr.’s whereabouts is encouraged to contact Crimestoppers at 252-583-4444, use the P3 Tips app or contact local law enforcement.