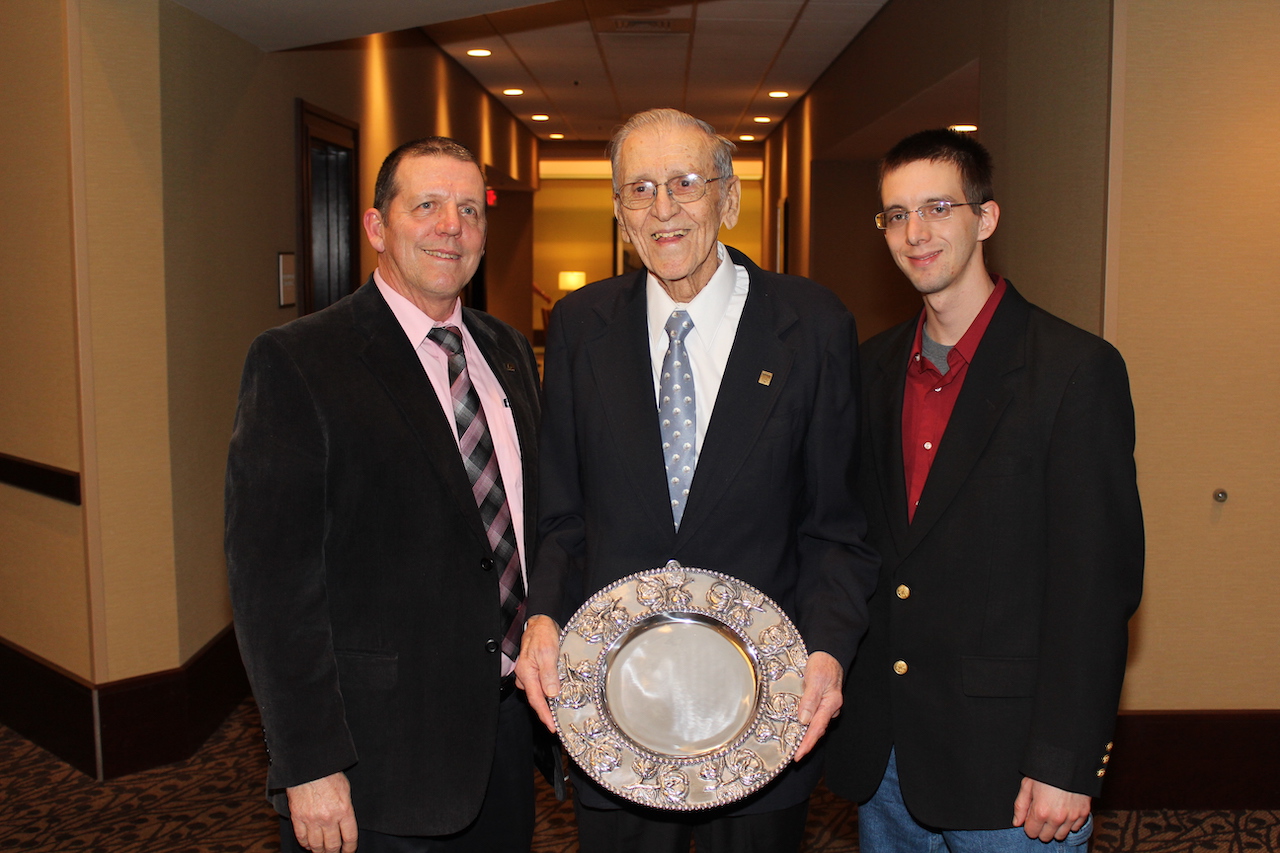 Grant to be inducted into NC Agricultural Hall of FameFeatured

For his impassioned and relentless determination to garner broad support for the Boll Weevil Eradication Program which led to the eradication of the most destructive pest in the history of United States cotton production, thereby restoring cotton’s economic viability for generations of farmers in North Carolina and across the Cotton Belt, North Carolina’s Marshall Grant has been inducted into the North Carolina Agricultural Hall of Fame.

Grant, who resided in Garysburg, died at the age of 95 on May 31 of last year.

“The BWEP was historic in the timeline of our industry. Mr. Grant’s vision and determination were instrumental in the program’s success throughout our state and across the Cotton Belt,” says David Parrish, CEO, North Carolina Cotton Producers Association. “He traveled the country galvanizing support behind the idea of a coordinated boll weevil eradication effort based on timely treatments and intensive trapping across broad acreage. Over time, the pilot program that began in North Carolina expanded across the Cotton Belt resulting in reduced input costs, improved yields and a revitalized industry.”

Because of the BWEP’s success, insecticide applications have been reduced in cotton by 75 percent, yield losses from insects were reduced by 50 percent, and it allowed Integrated Pest Management to become a standard pest control practice for many cotton production operations. “The program set the US cotton industry on a direct path toward decades of improved profitability and environmental sustainability,” says Kater Hake, vice president of agricultural and environmental research for Cotton Incorporated. “It also demonstrated the power of unity to the producer segment. That unity is allowing growers to continue reducing their farm’s environmental footprint moving forward.”

One of Grant’s lifelong friends, North Carolina farmer, industry leader and former chairman of the NC Boll Weevil Eradication Foundation,  David Burns, worked closely with Grant in those early years to convince farmers of the positive impacts the program would have on their operations and the future of United States cotton production in general. “My efforts were small compared to Marshall’s. The respect he earned and friendships he maintained with North Carolina Commissioner of Agriculture Jim Graham and North Carolina Senator Jesse Helms helped secure funding used to establish the foundation in our state. It was one of the first foundations established and served as a model for other state foundations.”

Burns remembers speaking to farmers in North Carolina’s southern counties while Grant worked the northern counties. “I could not be more proud for the Grant family and the memory of Marshall. This honor is most-deserved and one that rightly solidifies his place in the history of North Carolina agriculture.”

Grant was president of the North Cotton Producers Association, a state director on the National Cotton Council and on boards, commissions and committees too numerous to name in a single news release.

Grant served 10 years as vice president of the North Carolina Farm Bureau before resigning and serving 20 years as chairman of the State Farm Service Agency Committee.

Grant’s legacy will forever be his tireless determination as a central figure and driving force behind the effort to gain producer support for the BWEP across the Southeast — which was critical to its eventual passage, funding and implementation. It is heralded as one of the most successful USDA-backed programs ever implemented.

To be considered for induction into the NC Agricultural Hall of Fame, a person must have performed an outstanding accomplishment where the cause of agriculture benefited greatly, or which led to a significant movement in agricultural progress. “Mr. Grant’s work in the area of boll weevil eradication more than meets these criteria. Every cotton producer in our state owes him a debt of eternal gratitude. It was an honor to nominate him for this award on behalf of all North Carolina cotton producers,” said Parrish.

Due to the ongoing pandemic, the actual NC Agricultural Hall of Fame induction ceremony will take place in the spring of 2021 on a date yet to be determined.

Brad Robb is a freelance journalist based in Memphis