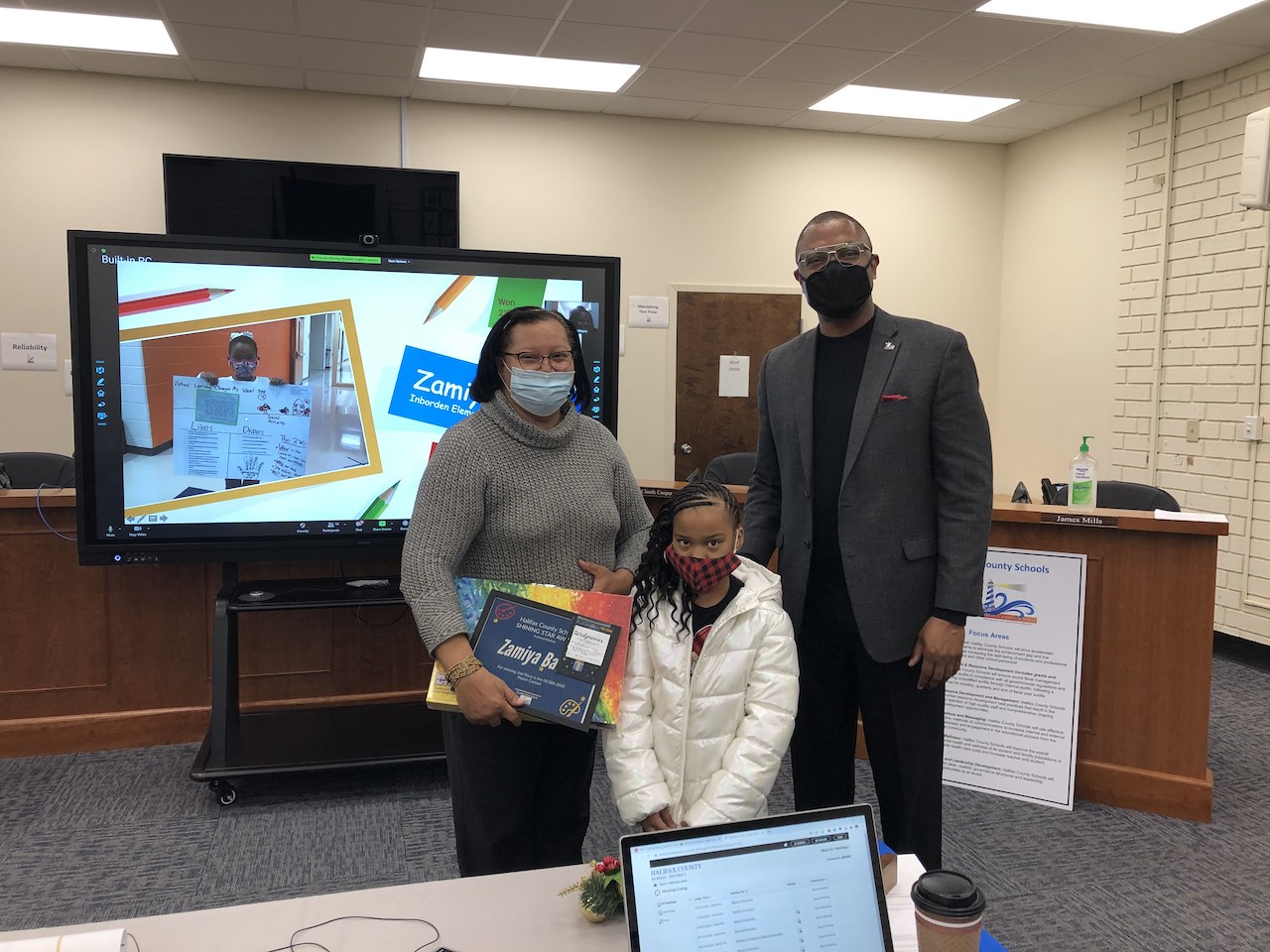 A statewide call was issued for students to tell how virtual learning changed their life.

Zamiya, according to Halifax County Schools Superintendent Eric L. Cunningham, was very poised in her depiction of how virtual learning impacted her learning.

Battle submitted a poster with a multi-faceted theme: An essay to talk about the impact of virtual learning, a T-chart displaying the likes and dislikes of virtual learning, a school house where social distancing was enforced, a public service announcement of the Three W’s, and an element of grit and perseverance with the Strive for Five mantra: Ready, resilient, respectful, triumphant, and proficient.

Under the tutelage of principal Chastity Kinsey and teacher Rose Marie-Williams, Zamiya exercised the famous saying, “All students count and all moments matter,” Cunningham said.

She is the daughter of Assistant Superintendent Tyrana Battle and her husband William G. Battle, the granddaughter of Ben and Anna Byrd and William and Mary Battle, and the sister of Zaniya Battle.

The North Carolina School Boards Association announced the winners of three statewide student contests held in conjunction with its virtual annual conference on November 5 through 7.

Zamiya was presented with a certificate and an art kit during Monday’s school board meeting.

Cunningham said he was happy that Zamiya  took advantage of the opportunity to express her thoughts in such a creative manner and through the lens of a student.

Her mother said she was glad that Zamiya was inspired to express her perception of virtual learning and even happier to learn that it placed second in the statewide contest.