Weldon police Chief Christopher Davis said in a statement this afternoon that around 1:45 a.m. Sergeant L. Melton was approached by a woman at the police department who told him her vehicle had been stolen. 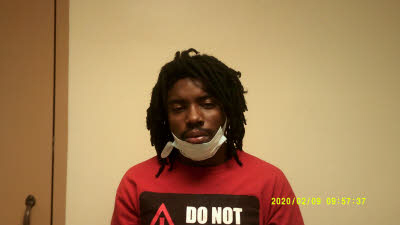 The man was identified as Edward Lamont Everett III, 22.

Melton passed the information onto Corporal S. McKimmey who located the vehicle on Highway 158 near Chestnut Street.

McKimmey attempted to stop the vehicle when it turned right onto Washington Avenue and the driver reportedly accelerated.

McKimmey then chased the driver south on Washington Avenue, then ended up on East Eleventh Street where the driver got out of the vehicle and ran.

McKimmey didn’t catch the driver but he was located soon afterward by Deputy I. Smith of the Halifax County Sheriff’s Office.

Everett was placed under arrest and taken before a Halifax County magistrate.

He was charged with motor vehicle theft, simple assault, assault on a female, misdemeanor larceny, no operator’s license, fictitious registration, driving left of center, misdemeanor flee to elude arrest, possession of a stolen motor vehicle, resisting a public officer, reckless driving to endanger, operate a vehicle with no insurance, speeding and DWI.

Davis said the victim was beaten but additional details were not immediately available.

“I would like to thank all of the Halifax County deputies that assisted during this incident,” Davis said in the statement. “This is just another case where working together ended up with a positive outcome.”