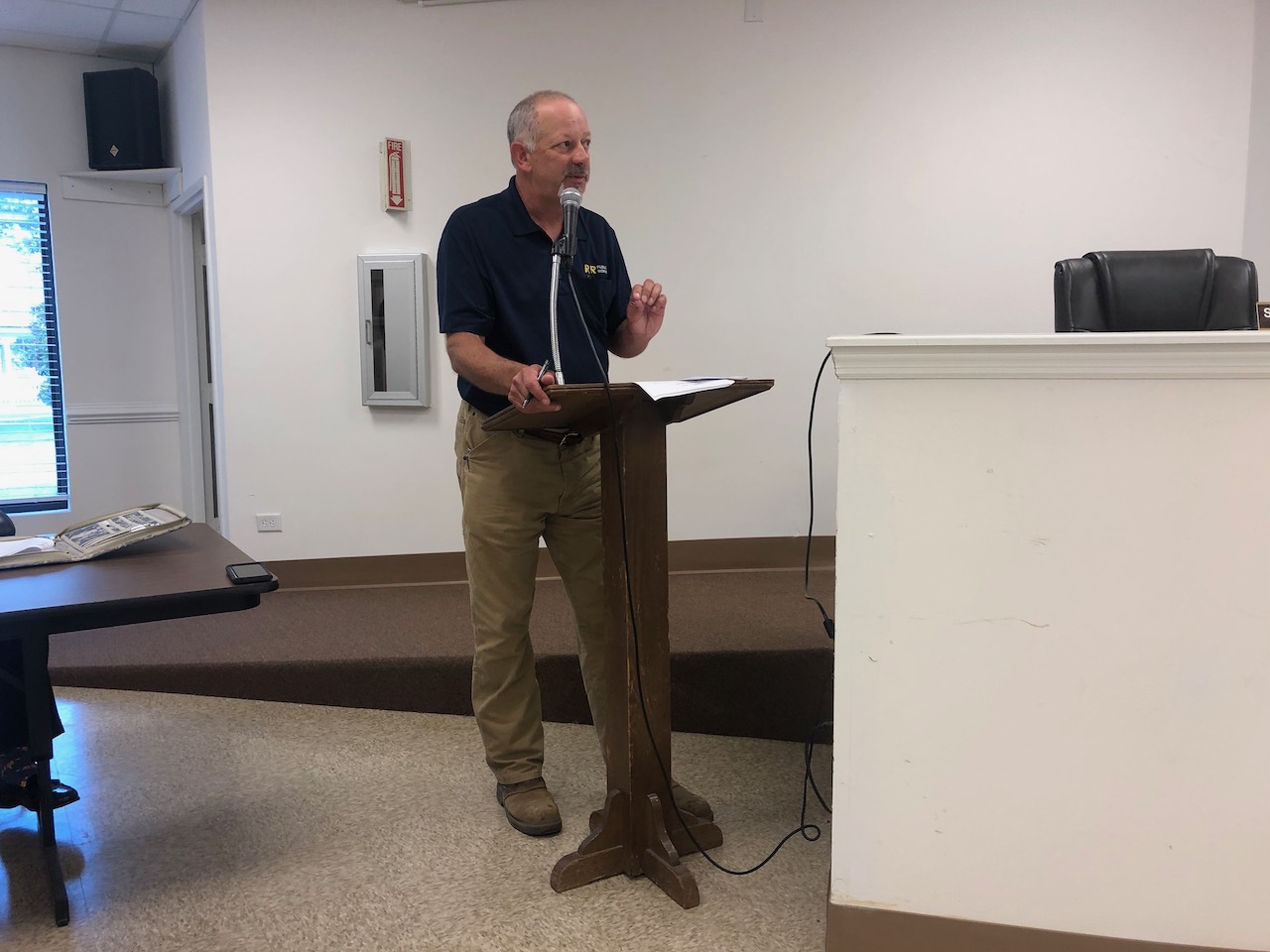 Roanoke Rapids City Council Monday evening agreed to a budget amendment which will fund the replacement of a communications tower struck by lightning on September 10.

Public Works Director Larry Chalker requested $100,000 for replacement of the tower — an amount which covers any contingencies the city might encounter during the process.

In the request Chalker presented to council during the special meeting, he wrote the funding is required to cover material expenditures to city hall communications including the removal and replacement of the damaged concrete tower which had been placed behind the police department by the former Virginia Electric Power Company.

A structural engineer met with Chalker six days after the strike and deemed it “very unsafe,” putting the city at risk for additional liability if it is not taken down.

Chalker said Human Resources Director Kathy Kearney is working on the insurance claim for the damage. Insurance proceeds, when received, will be posted back to general fund revenues and then back to fund balance to offset the required funding.

The lightning strike caused a litany of damages which included damage to a router; ethernet switches; computers; desktop phones; televisions; the public works repeater; tone remotes; and a tone generator.

It is estimated the removal and replacement of the concrete monopole tower with a freestanding modular tower and engineered foundation will be around $72,000.

Gallery photos from the meeting and tower by rrspin. Other photos by Viventi, which were contained in his report.

A report by Dion Viventi, an Elm City professional engineer, said, “Upon initial investigation it was immediately apparent that the subject pole indeed suffered a direct hit from a lightning strike by evidence of a typical exit/entry blast hole located approximately 2 feet above the ground measuring approximately 12 inches in diameter and over 1-inch deep …”

It also charred steel reinforcement and grounding cable in the immediate point of the blasthole. “The subsequent exposed reinforcement showed evidence of heat damage and the exposed ground wire at the blast location evident of electrical conductivity at the point of entry/exit.”

Viventi said in the report the blow out location also showed evidence of steam expansion. “There were also remnants of the same concrete shards located approximately 30 feet to the north of the blowout location in the adjacent parking area surrounding the pole perimeter fencing.”

The engineer concluded the investigation revealed and reinforced witness reports the pole was exposed to a lightning strike. “Upon inspection the pole was furthermore most likely exposed to superheating as lightning strikes can generate temperatures in excess of 36,000 degrees Fahrenheit. It is my professional opinion that additional nondestructive testing would reveal integral structural components of the monopole were most likely seriously compromised.

“Further destructive testing would most likely contribute to further damage and would not yield any benefit beyond further confirmation and as such could also contribute to premature catastrophic failure if exposed to excessive wind loading in the process or at any future period.” Viventi said, “Considering the structure's age and visual external damage, known effects of superheating of such structures and the pole's close proximity to residential and corporate structures, it is in my expert opinion that the pole in question be professionally demolished and removed as it is an obvious safety hazard if my observations prove to be correct as witnessed by my hand and seal below.”

Referring to the report, City Attorney Geoffrey Davis said, “This is about as strong of an opinion as you can get from a professional engineer.”

Chalker said the monopole was placed in 1981 by VEPCO when the company was using the building that is now city hall. “It’s a very robust structure. We felt it was 115-feet tall and bullet-proof.”

Councilman Wayne Smith made the motion to approve the budget amendment, which was seconded by Councilwoman Sandra Bryant.