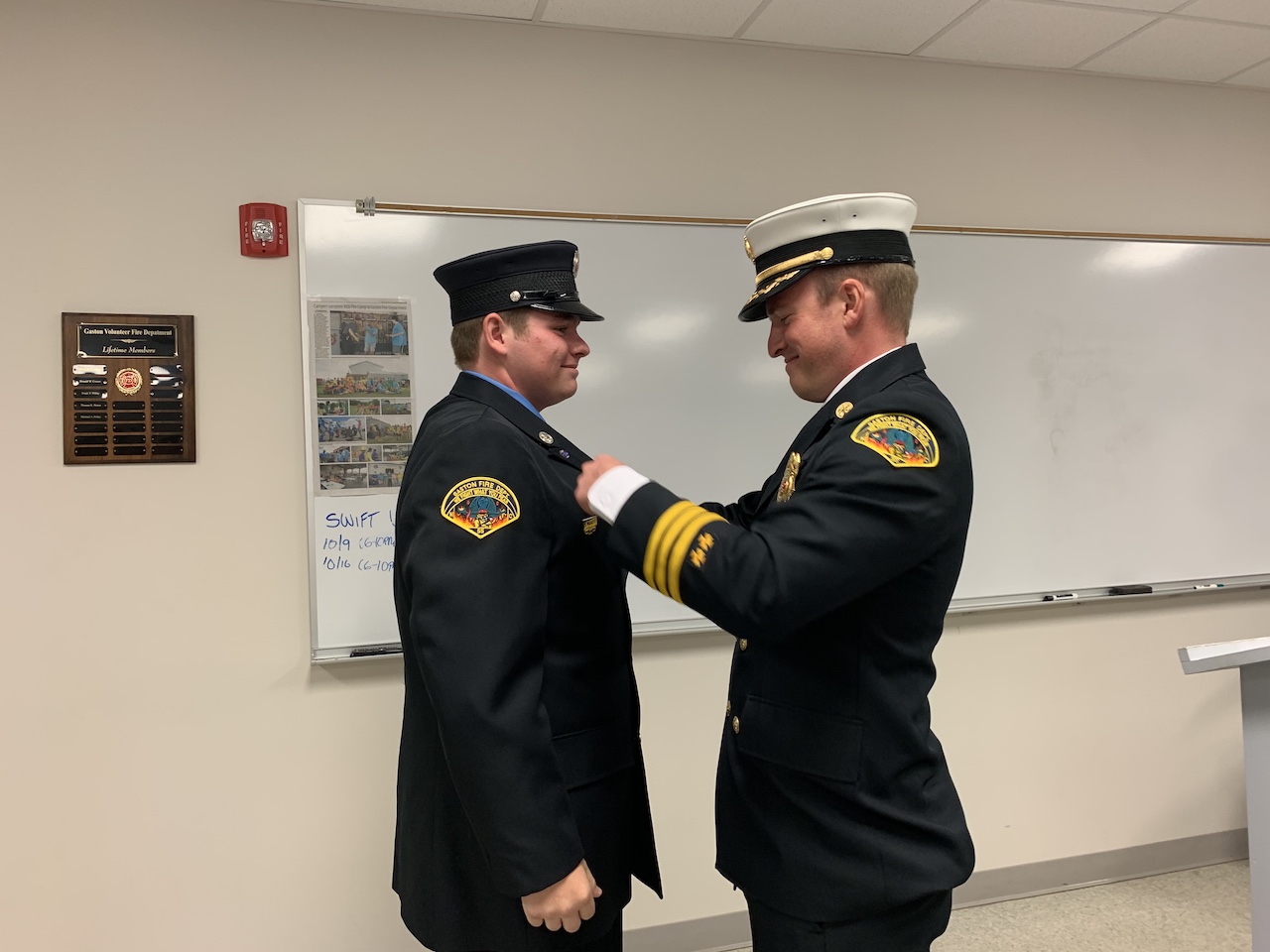 Assistant Chief Eddie Porter III said in his comments the crash occurred on Interstate 95 outside Northampton and Mahaffey found himself as a bystander at the scene.

Three of four patients had been ejected. “Using his training and experience, he was able to triage the patients of the mass casualty incident. Three critical patients were discovered. With no first responder equipment on hand, he used only his knowledge and hands to treat these patients.”

Vital hemorrhage control, manual cervical spine immobilization, and airway management were used to aid in these critical patients until further bystanders arrived to assist. “Early management of critical trauma patients can sometimes mean the difference between life and death. By progressively treating these patients and managing the most critical, he was able to sustain life until additional help arrived,” Porter said.

Even after EMS arrived Mahaffey continued providing care to these patients and even assisted with cardiopulmonary resuscitation. “His actions are truly commendable and show the true merit he possesses. Rather than passing by the incident, he stopped and provided aid to his fellow man. He found himself covered in blood of individuals he did not know while showing his willingness to deliver help when needed.”

Shortly after, Porter said, “I found myself receiving calls about his actions from providers on the scene. They expressed their greatest form of appreciation for what they dubbed his excellence. His true character was exemplified while performing notable acts of distinction.”