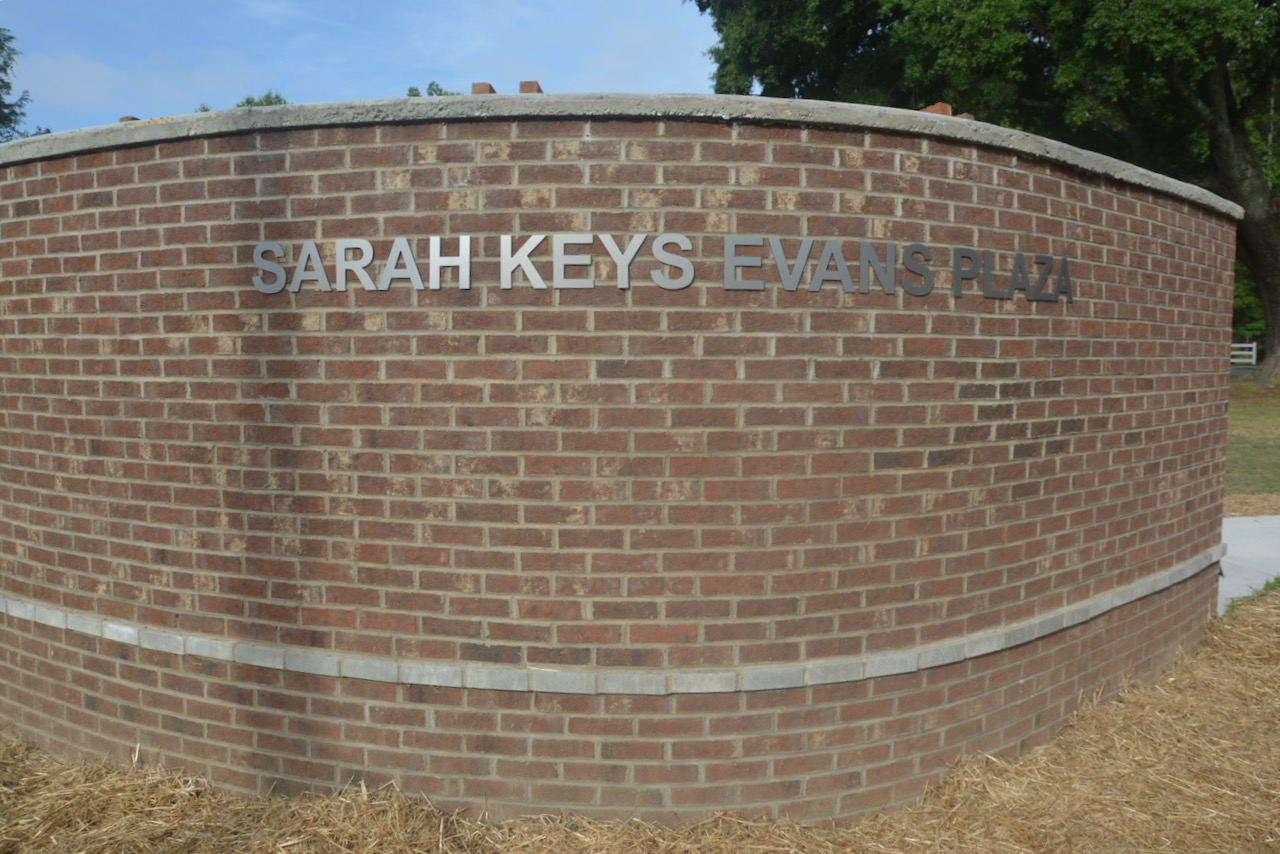 Keys-Evans expected to speak by phone at plaza unveiling

Sarah Keys Evans is expected to address the audience by phone Saturday as a plaza in her honor is opened and murals depicting her arrest in Roanoke Rapids in 1952 are unveiled.

“She will make comments by telephone so everyone can hear what she has to say,” Reverend Charles McCollum, a minister and chancellor of Eastern Carolina Christian College and Seminary in Roanoke Rapids said this morning.

The ceremony will be held Saturday at 9 a.m. at Martin Luther King Jr. Park which is located at Wyche Street and Virginia Avenue.

McCollum said he is pleased with the finished product and said the murals by artist Napoleon Hill present “a good timeline on how the events unfolded that night. It’s a very good depiction.”

The murals are currently covered but McCollum said “they turned out greater than my expectations. Hill did a magnificent job.”

The Sarah Keys Evans Plaza, he said, “enhances the whole appearance of the park rather than having (the statue) of King by himself. I’m excited about it.”

Evans was enlisted in the Women’s Army Corps and refused to move to the back of the bus in Roanoke Rapids on August 2, 1952.

She was arrested and her subsequent legal battle was seminal in the fight for equal rights.

The Z. Smith Reynolds Foundation, which funded the public art project, said in a statement, “Her pursuit of justice led to the breakthrough civil rights case Keys v. Carolina Coach Company — in 1955.”

It was the first occurrence in which the Interstate Commerce Commission broke with its history of adherence to the Plessy v. Ferguson — separate but equal — doctrine.

ECCCS will unveil eight chronological mural panels and two bronze plaques mounted on two semi-circular brick walls. The theme of the plaza is Closing the Circle.

The unveiling of the plaza comes a day before the anniversary of her arrest.