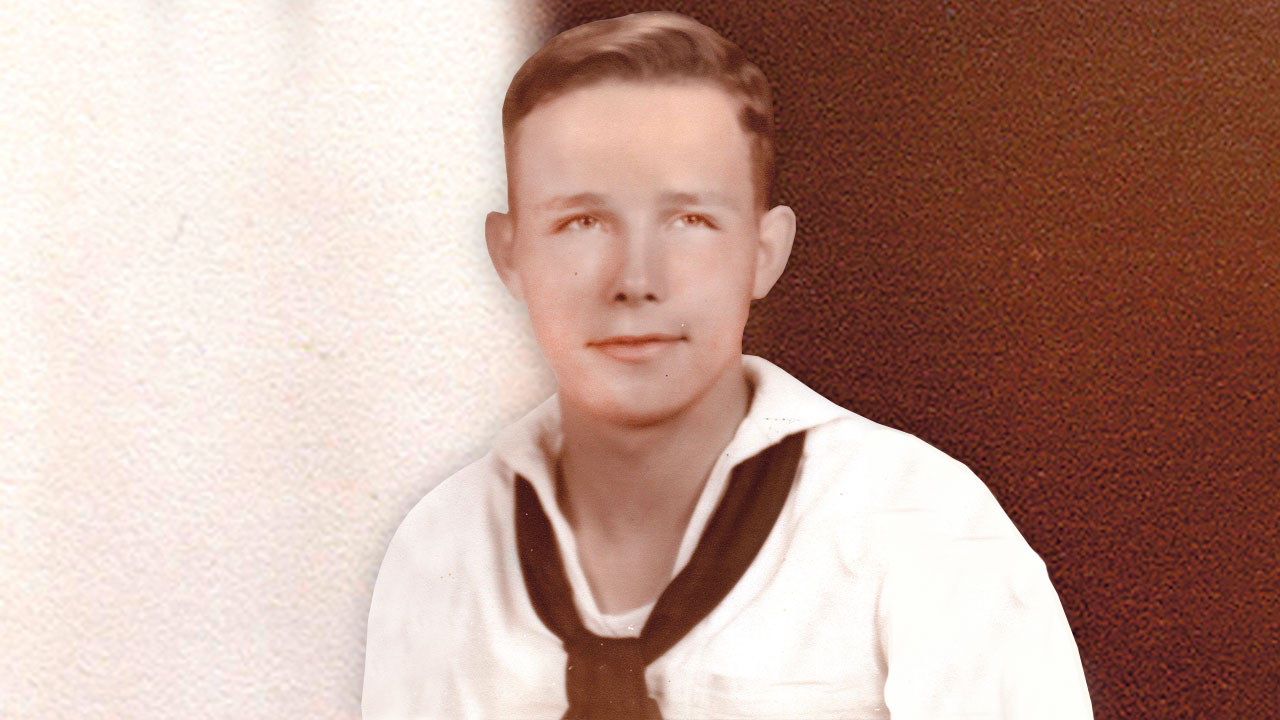 Nearly 80 years after first reporting for duty aboard the USS Oklahoma, Jarvis Godwin Outland is finally coming home to Murfreesboro.

Outland – who served in the U.S. Navy, enlisting in 1938 – held the rank of Fireman First Class on the famed battleship that was anchored at Pearl Harbor on Dec. 7, 1941.

That ship was among those sunk or severely damaged during a surprise attack by the Japanese Navy.

There 429 crewmen on the Oklahoma who lost their lives on that day, including Outland.

In the weeks and months following this wartime disaster, Outland’s body was listed as “non-recoverable” by the U.S. Navy.

That all changed beginning in 2015 when the U.S. Department of Defense issued a directive to identify those unknown heroes. In most all cases, DNA was used in that effort.

Since 2017, more than 100 crewmen of the Oklahoma have been moved from “unknown” status to “recovered.”

Outland is among those. His remains were officially identified on March 19.

With full Naval Military Honors, Outland’s remains will be interred during an 11:30 a.m. graveside service Saturday at Riverside Cemetery in Murfreesboro. There, he will be laid to rest next to his father, Jacob, and brother, Clinton.

In lieu of flowers, the family requests donations be made to the American Red Cross in memory of all military veterans lost in battle.

Parker said she has been contacted by numerous veterans organizations expressing a desire to attend the service and pay their respects to the family and for Outland’s military service.

“A letter from the mayor of Murfreesboro was sent to local and state officials about the graveside service. Those officials attending may want to speak and join us in celebrating our beloved son, brother, uncle,” Parker stated.

Garrett-Sykes Funeral Service of Ahoskie is assisting Parker with the arrangements.

Outland was born Sept. 8, 1920 to Jacob Holloman and Eva Cotton Holloman Outland in the Murfreesboro/St. John area of Hertford County. He was known by his nickname – Buddy – by family and friends.

“That nickname wasn’t all that surprising because he was the youngest of 11 surviving children at that time,” Parker noted.

Parker, the daughter of Colin David and Elizabeth Outland, formerly of Portsmouth, was born nine months following the bombing of Pearl Harbor. Her parents eventually moved to the community of Pendleton where they died.

“My parents had been married for eight years when I was born,” she recalled. “They were told (by doctors) that they could not have any children; so I guess I was a blessing.”

Outland, a 1937 graduate of Murfreesboro High School and a member of Murfreesboro United Methodist Church, enlisted in the U.S. Navy in Norfolk on July 5, 1938. Due to the fact that he was only 17-years-old at the time, his father signed the enlistment papers, giving his blessing for his young son to serve in the military.

He reported for duty on the USS Oklahoma on Nov. 10, 1938. Assigned to Pearl Harbor, the Oklahoma only made two trips back to the mainland prior to that fateful Sunday morning in 1941 — both times to the West Coast for repairs.

According to uss.oklahoma.com, the ship was moored alongside the USS Maryland when the Japanese pulled off their surprise attack. The crew of the USS Oklahoma did everything they could to fight back.

In the first 10 minutes of the battle, eight torpedoes hit the Oklahoma, and she began to capsize. A ninth torpedo would hit as she sunk in the mud. Fourteen Marines and 415 sailors would give their lives. Meanwhile, 32 men were rescued, cut out through the hull, while the others were beneath the waterline. Banging could be heard for over three days and then there was silence.

“We do not know for sure, but the family was thinking that Buddy may have been in the engine room when the attack took place,” Parker suggested. “All that the family was told by the Navy was that his body was not recovered. The Navy did find and return (to his father) a wallet, some snapshots, and some papers that belonged to Fireman First Class Outland.

“The last known photo of Buddy was taken with his family in 1938 on the front porch of the home. I assume that was right before he left to join the Navy,” said Parker, thumbing through a family album earlier this month.

Other than the facts surrounding his death, Parker said she didn’t recall many stories about the childhood of her Uncle Jarvis.

“I was told that he loved to hunt and fish, and that he deeply loved his family,” she said. “He left home at the age of 17 … his life as a man was just beginning.”

She added there was a sense of pride among her family that one of their members served and died in defense of freedom.

“They were proud and honored for the capacity in which he served,” Parker noted. “He devoted his service, and his life, to his country. His name is always mentioned lovingly among family members.”

“On the day that Buddy was to leave to join the Navy, he went to see his granddaddy, Samuel Holloman, and his Aunt Annie,” Parker recalled. “There was a long path to their house. As he was leaving the house he was said to have been singing and whistling the song, ‘My Buddy.’ That’s very sentimental.”

According to the Defense POW/MIA Accounting Agency, from December 1941 to June 1944, Navy personnel recovered the remains of the deceased crew. Those remains were subsequently interred in the Halawa and Nu’uanu cemeteries in Hawaii.

In September 1947, tasked with recovering and identifying fallen U.S. personnel in the Pacific Theater, members of the American Graves Registration Service disinterred the remains of U.S. casualties from the two cemeteries and transferred them to the Central Identification Laboratory at Schofield Barracks. The laboratory staff was only able to confirm the identifications of 35 men from the USS Oklahoma at that time.

The AGRS subsequently buried the unidentified remains in 46 plots at the National Memorial Cemetery of the Pacific (NMCP), known as the Punchbowl, in Honolulu. In October 1949, a military board classified those who could not be identified as non-recoverable, including Outland.

In April 2015, the Deputy Secretary of Defense issued a policy memorandum directing the disinterment of unknowns associated with the USS Oklahoma.

On June 15, 2015, DPAA personnel began exhuming the remains from the Punchbowl for mitochondrial DNA analysis. Other means were also used for identification, to include dental and anthropological analysis, as well as circumstantial evidence.

“It was through DNA that Buddy’s remains were identified in March of this year,” said Parker.

But that came in a unique way.

Parker shared that her now late Uncle Horace Lee Outland had a son that he named Jarvis Godwin Outland.

“They even gave him the same nickname – Buddy,” she smiled. “He supplied the Navy with the parental DNA. The maternal DNA came from Jack Milliner, the grandson of Huldah. All this was done within the last two years.”

Parker said she made a personal visit to Hawaii six years ago.

“My main purpose was to go to the Joint Command (U.S. Pacific Command),” she recalled of her trip. “They showed us the processes they go though to identify the bones.

“They asked me what did I want to do if my uncle’s remains were identified,” Parker added. “My answer was I wanted him to come home.”

Milliner, who lives in Roanoke Rapids, said it means a great deal his DNA was used. “My grandmother was very close to him. He was her favorite brother and was her youngest brother.”

Now, Milliner said, “I think it’s a tremendous relief to have him home and have him buried next to his dad. It’s an honor to my grandparents who suffered through this loss.”

Lance Martin, editor and publisher of rrspin.com, contributed to this report