A Roanoke Rapids man was arrested and charged in an armed robbery which occurred Monday evening in the area of Second Street and Roanoke Avenue. 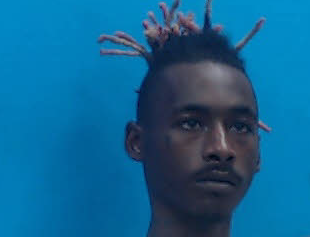 Anthony Shearin was jailed on $291,000 bond and has an August 5 court date where he will answer to charges of armed robbery, carrying a concealed weapon and resist, delay and obstruct.

Roanoke Rapids police Chief Bobby Martin said in a statement police were summoned to the area shortly after 5 p.m. following a report of a person who was robbed at gunpoint.

Officer C. Roberts spoke with the victim who gave a detailed description of the person who robbed him.

Officers located the 19-year-old Shearin in a back alley near the crime scene.

Shearin was taken into custody without trouble. He had the weapon he used in the robbery on him, Martin said.

The victim was not injured during the robbery and officers recovered the money taken.

The resisting charge reflects that Shearin gave a fake name at the time of his arrest.