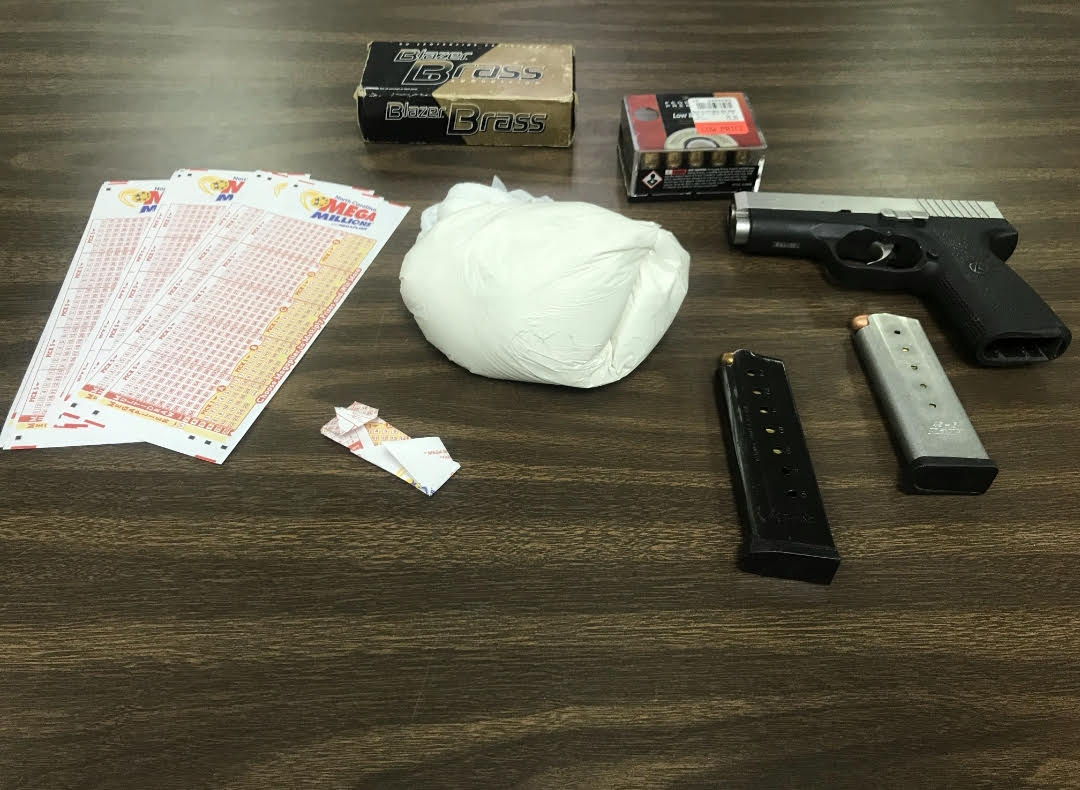 A Roanoke Rapids man on active probation who also has a court case pending for fentanyl trafficking was arrested Friday for heroin trafficking, according to the Halifax County Sheriff’s Office.

The arrest of Terry Louis Kearney was one of three arrests made Friday by the sheriff’s office narcotics division and represents more than $70,000 worth of heroin seized, Sheriff Wes Tripp said in a statement this morning.

The arrest of Kearney, 23, came as narcotics agents executed a search at a residence on Victory Lane.

That search warrant was based on an investigation by Agent D.R. Radford due to complaints of traffic coming to and from the residence at all hours of the day and night, Tripp said in the statement.

Radford identified Kearney, 23, as the occupant of the residence.

Asked about Kearney being on active probation and having a pending court date for fentanyl trafficking charges lodged in April by Roanoke Rapids police, Tripp said, “The system as a whole is a joke. The only ones who seem to be taking it serious are law enforcement.”

The sheriff’s office has contacted the federal Drug Enforcement Administration due to the amount of heroin seized, Tripp said in the statement.

The street value of the heroin seized is approximately $70,740.

Asked whether the police department is still seeking federal adoption of the case, Roanoke Rapids police Chief Chuck Hasty said this morning, “We’re talking with them and all those options are being explored.”

During that bust in the 1100 block of Jefferson Street, 28 grams of fentanyl was seized.

A Roanoke Rapids man was arrested Friday evening following a month-long investigation by the narcotics division.

Captain A.M. Harris said agents seized more than 116 grams of marijuana and paraphernalia including a coffee can, plastic bags, a smoking pipe, grinder and digital scales.

Agent D.W. McKeel said at the scene in the 500 block of Maple Street one of the factors which led to the investigation and arrest of Bryan Harris, 35, was “a very high volume of traffic” at the residence.

McKeel said agents “utilized all available investigative techniques” during the investigation but declined to elaborate.

He described Harris as a reputed low-level street dealer.

Meanwhile, Harris said Trey Fink, 19, of the residence, was served an outstanding order for arrest out of Edgecombe County for failure to perform community service.

He was also cited for possession of marijuana paraphernalia — a pipe.

On Thursday around 4 p.m. detectives R. Ball and R.M. Brown went to a residence in the 1000 block of Vance Street on a follow-up call, according to Radford.

Agent D.J. Epperson applied for and was granted a search warrant for the residence.

Epperson cited Yadira Pinero-Alvarez, 37, of the residence, with a North Carolina Uniform Citation for possession of marijuana up to one-half ounce and possession of drug paraphernalia.

Citizens are encouraged to report any suspected drug activity by calling the narcotics division at 252-535-1257, Halifax County Crimestoppers at 252-583-4444 or log on to www.halifaxsheriff.com to submit a tip.