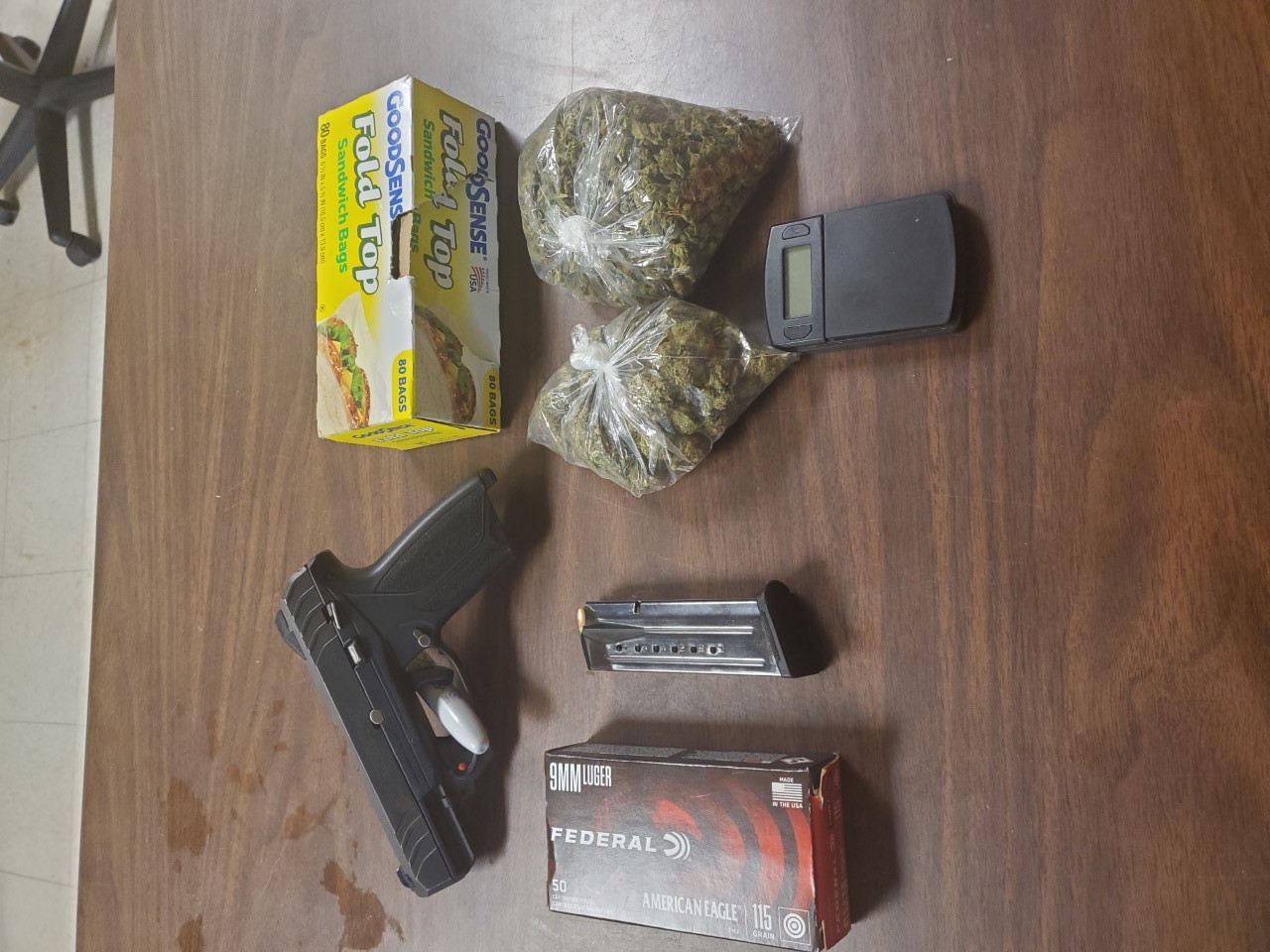 A Garysburg man is wanted by the Halifax County Sheriff’s Office for fleeing a vehicle stop and leaving behind 73 grams of marijuana and a handgun stolen from the Charlotte area.

Chief Deputy Scott Hall said in a statement that on Saturday Lieutenant Steven Casey was patrolling the Weldon area and observed the driver of a sport utility vehicle run a stop sign at West Twelfth Street and Washington Avenue in the Weldon area.

Casey attempted to stop the vehicle for the violation when the driver attempted to elude by accelerating quickly and turning abruptly onto Sycamore Street.

The driver, later identified as Corey Claboine, 27, and two unknown passengers, exited the vehicle and fled on foot.

Deputies, Weldon police, and the North Carolina State Highway Patrol assisted in a search of the area for the man.

A search of the vehicle led to the discovery of the handgun, marijuana and digital scales.

Claboine is wanted for possession of a firearm by felon, possession with intent to sell and deliver marijuana, felony possession of marijuana, maintaining a vehicle for a controlled substance, carrying a concealed weapon, resisting a public officer, possession of drug paraphernalia, and failure to stop for a duly erected stop sign.

On May 1, the sheriff’s office received a report of a larceny from a residence in the West Tenth Street area of Roanoke Rapids.

An undisclosed amount of money was stolen from the victim’s residence.

Hall said she is familiar with the victim.