The Enfield Police Department is investigating to determine whether a shooting death around 1 a.m. today is related to a non-fatal shooting of a juvenile which occurred around 4:30 this morning.

Captain Chuck Hasty said investigators have developed an alleged suspect in the murder of a man in his 50s. 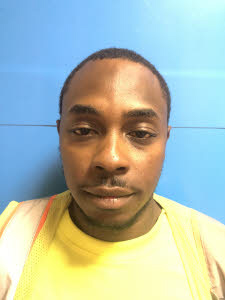 In a statement Hasty said the police department received a call around 1 this morning that a person had been shot in the 600 block of South Church Street.

Hasty said that shooting occurred outside the residence.

Officers learned the victim was transported to the Enfield Fire Department to meet Halifax County EMS, which transported him to Vidant North.

The victim was then flown to a trauma center where he died from the injuries sustained.

Motive has not been determined, Hasty said.

A warrant for the arrest of Peterson on a count of murder was taken out by the police department.

The victim and Peterson were familiar with each other.

Meanwhile, around 4:30 this morning as the police department was still investigating the shooting death, officers received a call that a 15-year-old female juvenile had been shot inside a residence in the 300 block of West Bryant Street.

The victim was transported to Vidant North and was then airlifted to a trauma center. Hasty said the victim is in stable condition.