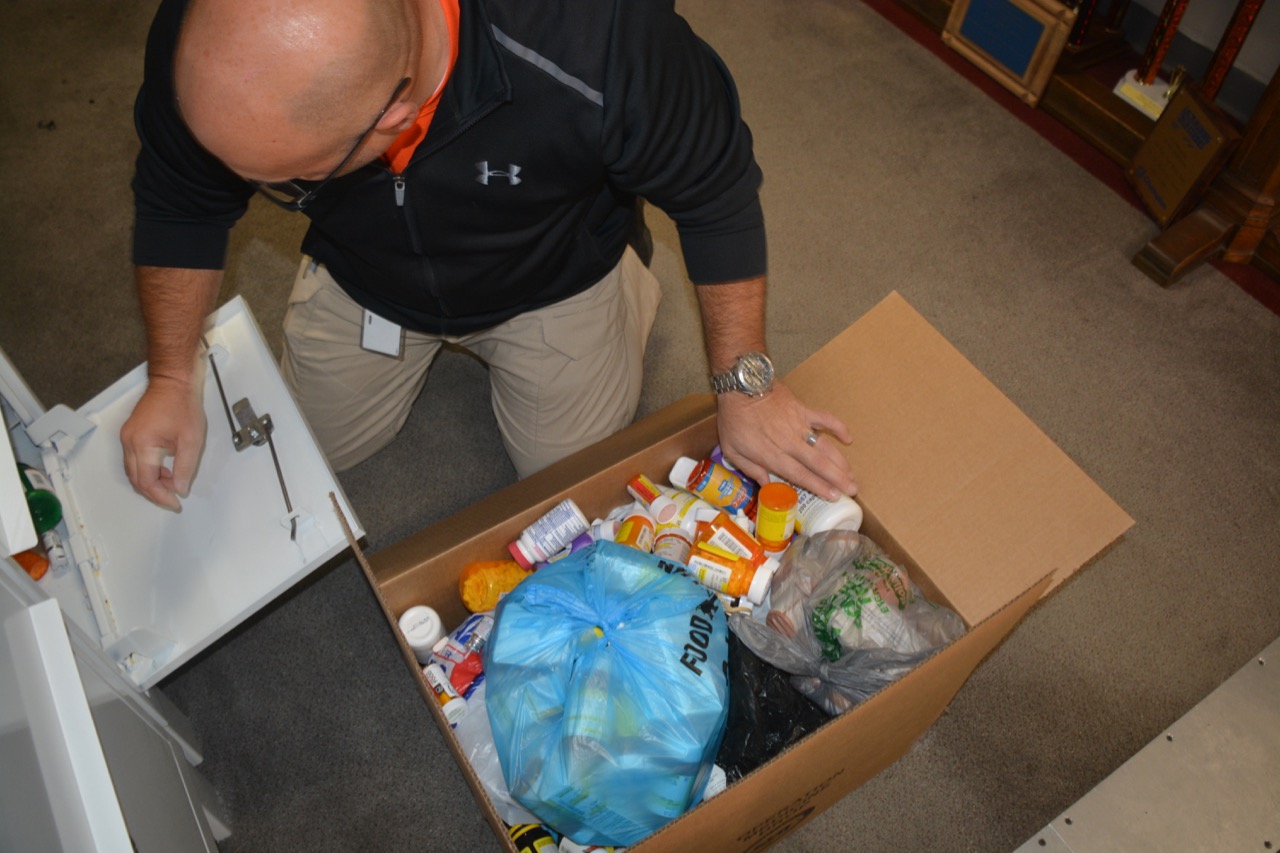 Saturday’s Take Back at Drugco Express will not only give people a chance to rid their cabinets of unwanted or unused medicines and pills, they will have an opportunity to support protective vests for canine officers.

The Take Back operation is a joint effort between the Roanoke Rapids Police Department and the United States Drug Enforcement Administration.

The opportunity to support canine vests comes from Vested Interest in K9s, whose 2019 calendar will feature Investigator Jamie Hardy and his dog Storm on the cover and for the month of September.

The aim of the take back, which will be held from 10 a.m. to 2 p.m. at Drugco Express at East Tenth Street and Park Avenue is to prevent pill abuse and theft by giving the public a chance to rid their homes of potentially dangerous, expired, unused and unwanted prescription drugs, Chief Chuck Hasty said.

Hasty stressed the only items which will not be accepted are liquids, needles and sharps such as EpiPens, preloaded insulin and instruments for testing blood sugar.

Hasty said the service is free and anonymous. No questions will be asked.

If the use by the public of two receptacles in the lobby of the police station is any indication, Saturday’s event should see a strong turnout.

Both receptacles were full and one used for overflow had numerous drugs in it as well.

“People come in on a frequent basis,” Hasty said. “We carry them to the SBI and they incinerate it.”

The police department gets frequent calls including those from loved ones whose family members have died inquiring what to do with their medications.

In a statement Hasty said last spring Americans turned in nearly 475 tons (949,046 pounds) of prescription drugs at more than 5,800 sites operated by the DEA and almost 4,700 of its state and local law enforcement partners.

Overall, in its 15 previous Take Back events, DEA and its partners have taken in almost 10 million pounds—nearly 5,000 tons—of pills.

“This initiative addresses a vital public safety and public health issue,” he said. “Medicines that languish in home cabinets are highly susceptible to diversion, misuse, and abuse. Rates of prescription drug abuse in the United States are alarmingly high, as are the number of accidental poisonings and overdoses due to these drugs.”

The Substance Abuse and Mental Health Services Administration’s National Survey on Drug Use and Health shows year after year that the majority of misused and abused prescription drugs are obtained from family and friends, including someone else’s medication being stolen from the home medicine cabinet.

In addition, Americans are now advised their usual methods for disposing of unused medicines — flushing them down the toilet or throwing them in the trash — pose potential safety and health hazards.

For more information about the disposal of prescription drugs go to www.DEATakeBack.com or contact the police department at 252-533-2018.

Meanwhile, Hardy will be selling the Vested Interest in K9s 2019 calendars which feature him and Storm on the cover and for the month of September.

Assisting him will be Leah Brewer, her therapy dog Elle, her husband Eric and his dog, Bruno.

Officer Hannah Grimes and her dog Jimi are expected to be at the event.

“We hope to get more community support and awareness for our brave working canines,” Brewer said. “We want to show our appreciation for these hard-working dogs and the sacrifices and protection they give our officers.”

For each calendar sold — $17 — Hardy will sign one and the calendar will be stamped with Storm’s paw print, he said.

Hardy will have 150 calendars for sale at the event.

Hasty said he was pleased Hardy and Storm were chosen. “We are honored to be a part of the calendar that will benefit other agencies in acquiring vests for canine employees.”