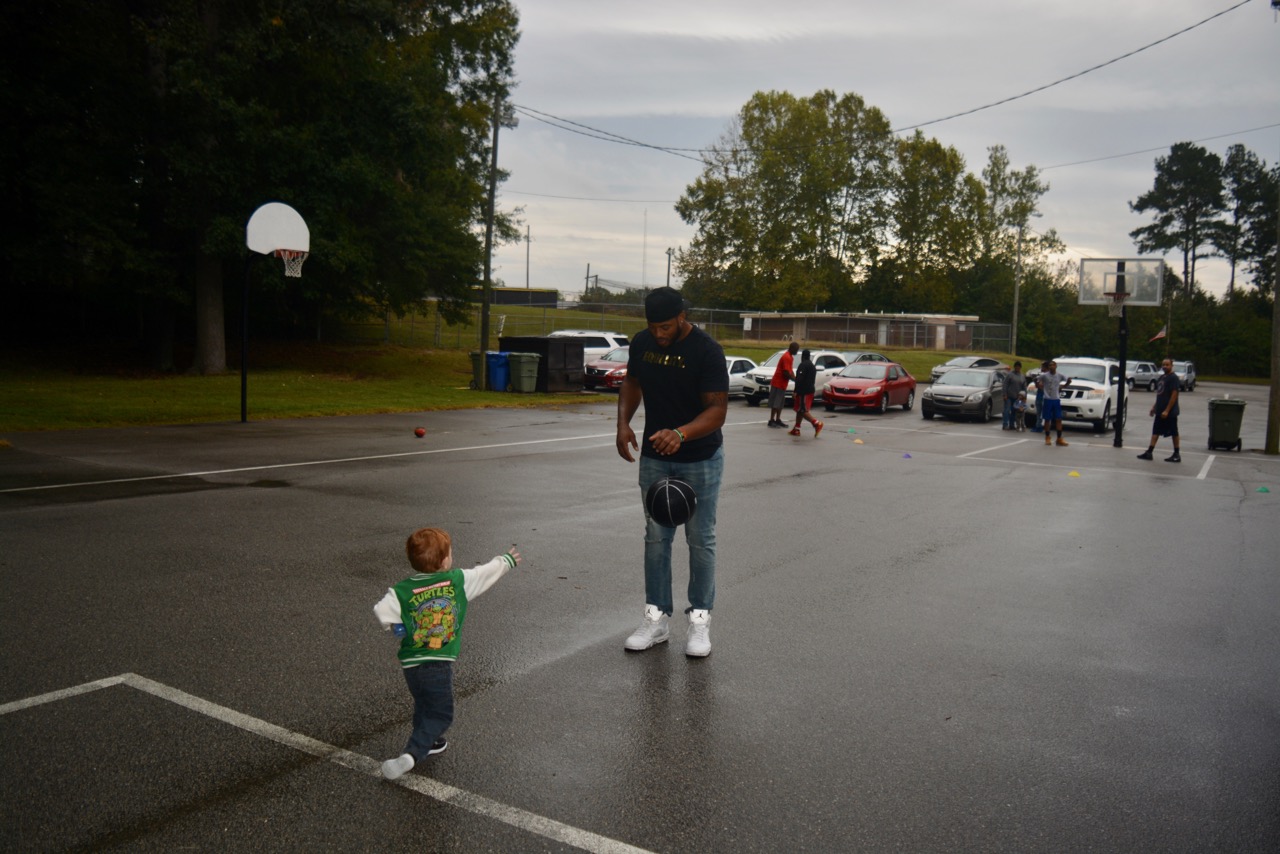 Homecomings for Nazair Jones are few with him in Seattle where he plays for the Seahawks.

With his team on a bye this weekend Jones, a Roanoke Rapids High School graduate, came back to Halifax County to visit with family and friends and discuss the Made Men Mentoring program.

“It’s great seeing the new additions,” he said at Chaloner Recreation Center, where he signed autographs, posed for photos and played a shoot-around of basketball with weekend regulars who come to the courts early Saturday and Sunday mornings. “I don’t get to get home but three times a year.”

What the former University of North Carolina standout defensive tackle misses most about home is the people, “the faces of family and friends.”

This week Jones visited with the Halifax Academy football team and went to the weight room at RRHS.

At Halifax Academy he talked to the now 7-0 Vikings “about handling their success.”

Said Jones: “I really like the programs they have in place. Just with the technology, they’re being better athletes.”

With that technology he can see a day when the area produces even more future stars.

But the days at home have not just been about football. “We want to mentor the kids whether it’s athletics, science or the arts. We want to push them to be the best them.”

In recent years the Roanoke Valley has seen not only Jones, but Kareem Martin, Keion Crossen and further south in Tarboro Todd Gurley reach the NFL. “We’re doing a good job in producing, especially in recent history,” Jones said. “The crazy thing is there can be so many more. There’s no reason to say there can’t be two to three guys at a time.”

Jones said reaching the NFL has made him more aware of what he needs to do to be successful. “You’ve got to work hard because you don’t want to mess that up.”

One of the traditions in Seattle is the 12th Man, otherwise known as the fans. He believes in the tradition. “It’s like they’re bringing another element to the game. We have that advantage. They come to play like we come to play.”

For Joyce Jones, director of Chaloner Recreation Center, it was a pleasure having Jones at the facility. “I just admire him for coming back and giving back to the community. He’s not forgotten where he comes from.”