A Gates man and Sharpsburg man have been named in a 24-count federal indictment which charges them in a string of armed robberies across six counties last July.

The indictment includes charges related to the July 16, 2019, armed robbery of The Store Next Door on Fifth Street, according to a copy contained in federal court records.

United States Attorney for the Eastern District of North Carolina Robert J. Higdon Jr. said in a statement Jacob Evans, 23, of Gates, and Jequayves Britt, 19, of Sharpsburg, could face up to life in prison if convicted.

The men were indicted at the federal courthouse in Greenville.

The indictments reflect 12 counts of armed robbery and 12 counts of use of a firearm in furtherance of a crime of violence.

In all, Higdon said, the indictment charges the men robbed or attempted to rob 12 separate businesses in Nash, Wilson, Halifax, Edgecombe, Pitt, and Greene counties in July of 2019.

Assistant United States Attorney J.D. Koesters is prosecuting the case for the government. 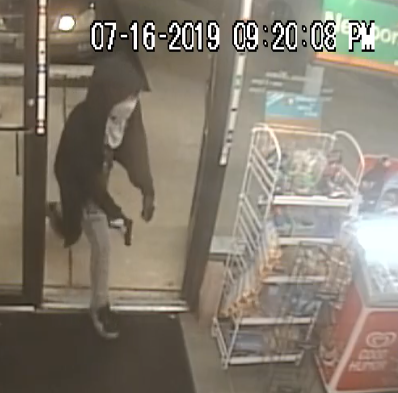 The Roanoke Rapids robbery occurred around 9:30 the evening of July 16, police said at the time.

A person entered the store wearing a mask and showed a weapon. An undisclosed amount of money was taken. There were no injuries.

The robber fled the store on foot and a canine track indicated the person traveled north toward the apartment complex behind the business.

Besides the Roanoke Rapids robbery, the pair face charges reflecting the following heists:

As of this report, detention hearing dates had not been set for the pair.