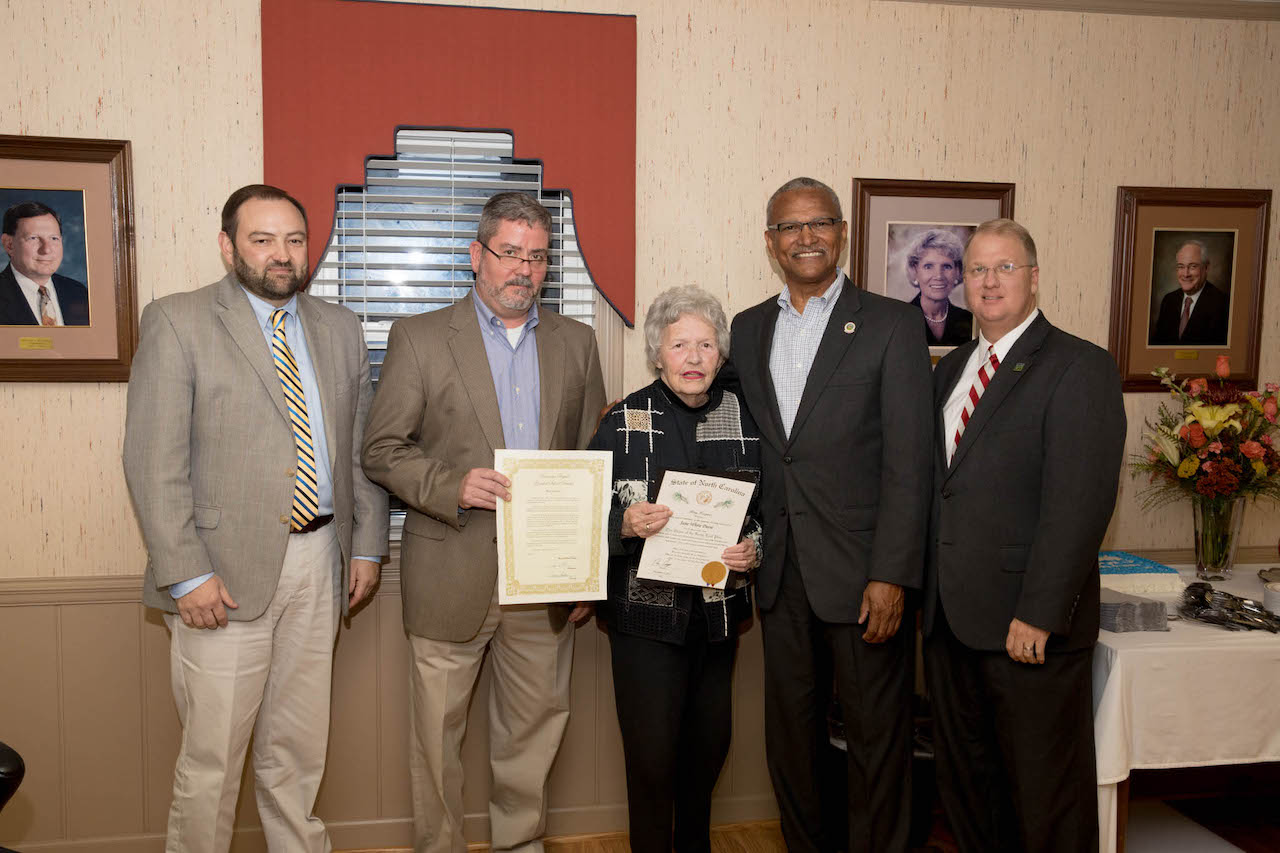 The Roanoke Rapids Graded School District is mourning the loss of former educator and board member Jane Deese who died Tuesday at the age of 82 at Liberty Commons.

In a notice Tuesday night the system said, “Our school community is saddened to learn of the death of former RRGSD Trustee Jane Deese. Ms. Deese dedicated nearly 60 years of her life to serving children in our community as a teacher.”

Hockaday Funeral and Cremation Service is handling arrangements for the family.

A memorial service to celebrate her life will be held Sunday, March 8, at 3 p.m. at All Saints Episcopal Church with the Reverend Sonny Browne officiating.

The family will receive friends Saturday, March 7 at the funeral home from 6 p.m. to 8 p.m. and other times at the home and the All Saints Parish House following the memorial service.

She served 28 years on the Roanoke Rapids school board.

“Our thoughts are with her family and friends at this time,” the school system notice said.

School board Chair Jay Carlisle said today, “Ms. Deese was one of the longest-serving board members we’ve had in the history of our district. She always had the children’s best interest in mind when making decisions. She was fiscally conservative and an outstanding steward of taxpayer money. She will be missed in our community.”

System Superintendent Dain Butler said he and Deese shared the same birthday. “She was also the first to watch over my twins when I was introduced as superintendent in the RRHS cafeteria. She was prepared with crayons and paper, like any great art teacher. Our thoughts are with her family and friends at this time.”

School system spokesman Les Atkins said the school board and Butler, along with state Representative Michael Wray and county board of commissioners Chair Vernon Bryant were instrumental in her getting the Order of the Long Leaf Pine from Governor Roy Cooper.

Created in 1965, the Order of the Long Leaf Pine is unique to North Carolina, and its recipients are chosen based on their contributions to their communities, extraordinary careers and many years of service.

After high school, she attended Saint Mary’s College from 1955 to 1957 and the University of North Carolina at Chapel Hill from 1957 to 1959, the year she graduated.

She began her teaching career in Lynchburg, Virginia.

She taught at EC Glass High School, and then became art supervisor for Lynchburg City Schools.

During that time, she taught art classes on TV.  Her students won multiple awards in art contests and the Keep Virginia Green contest was the highlight of her teaching career.

She retired in 1989 after 30 years of teaching from Northwest Halifax High School.

After her retirement, she ran for the Roanoke Rapids Graded School District School Board of Trustees in November of 1989.

A major contribution to the district was serving as the chair of the Policy Committee for many years, ensuring the district is in compliance with federal and state laws.

She attended countless North Carolina School Board Association conferences and district meetings throughout the years.

She was an active member of the Halifax County Arts Council, the Woman’s Club, and the Roanoke Rapids High School Alumni Association.