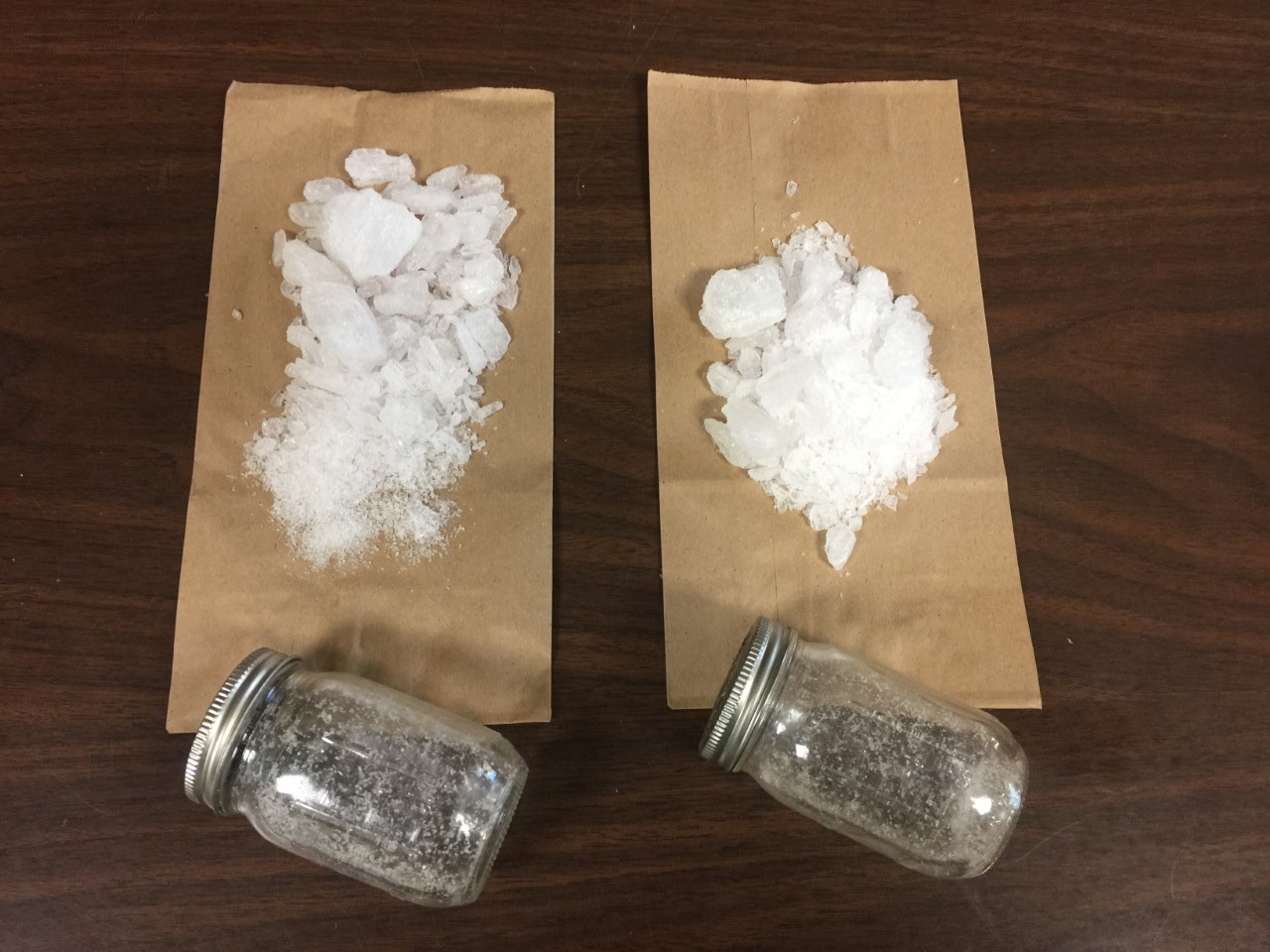 Roanoke Rapids men described by the Halifax County Sheriff’s Office as two of the reputed larger meth dealers in the area face trafficking counts following a traffic stop in the Littleton area this morning.

Captain A.M. Harris said Brian Clarke Whitley, 45, and Jimmie Randall Berwick, 42, have been on the radar of narcotics agents since December of 2018. Harris said he is confident the United States Attorney’s Office for the Eastern District of North Carolina will adopt the case, in which approximately 108 grams of methamphetamine was seized.

In a statement Harris said Agent D.K. Newsome made the stop around 8 this morning at the intersection of highways 158 and 903 for a motor vehicle violation.

Newsome identified the driver as Whitley, of Charlotte Street, and Berwick of Cedar Street.

Newsome had his dog, Duri, conduct an open air sniff of the vehicle. The canine gave a positive alert for the presence of narcotics.

Along with the 108 grams of meth, paraphernalia was seized.

The street value of the meth seized is approximately $9,000.

Their arrests this morning go back to information agents received in December of 2018 on possible meth distribution in Roanoke Rapids.

Since last March, the narcotics division has made nine arrests in which a significant amount of methamphetamine was seized that was going to be sold in the community, Harris said in the statement.

Agents have seized approximately 508 grams — half a kilo — of methamphetamine with a street value approximately of $40,640. “Agents continue to work closely with the U.S. Department of Homeland Security and the United States Attorney's Office for the Eastern District of North Carolina on these individuals,” Harris said in the statement.

There has been no evidence the men have been manufacturing meth, Harris said, and thus far no meth labs have been found in the county.