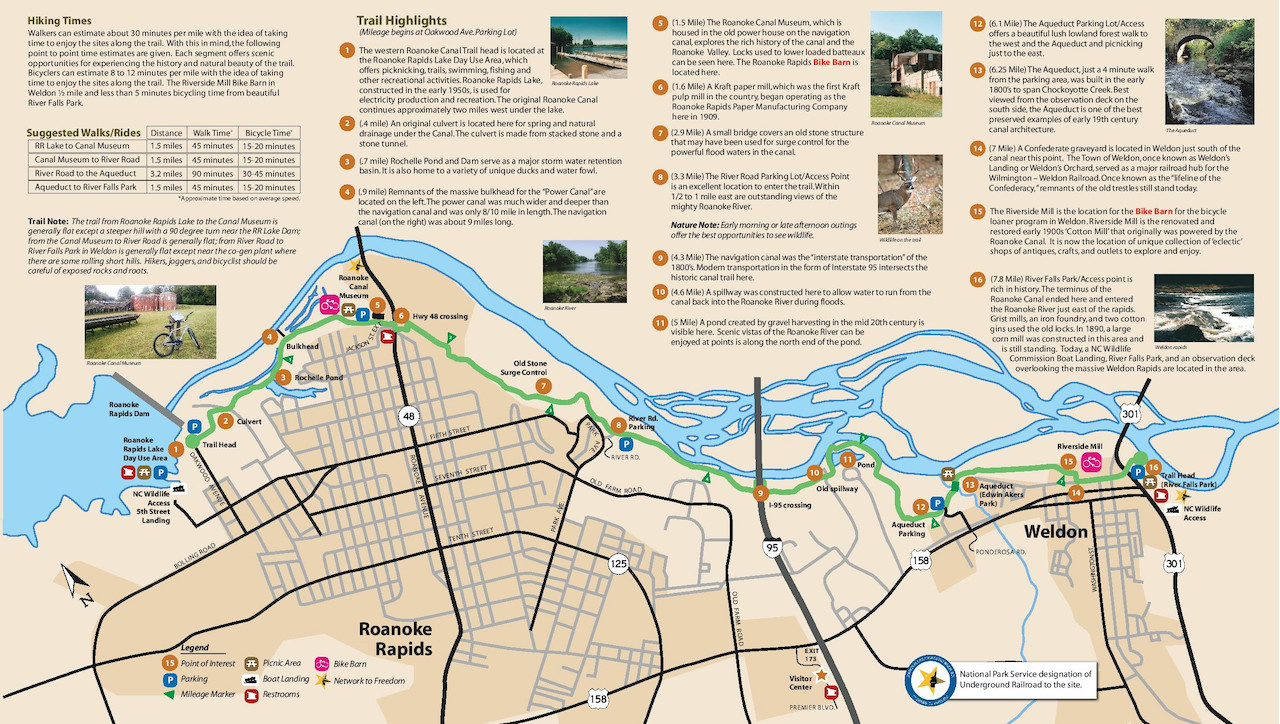 The Roanoke Canal Trail Half Marathon and 8K gets underway the morning of March 21.

The start-finish line is at the Roanoke Rapids Lake Park off Oakwood Avenue.

Roanoke Canal Museum and Trail Cultural Resources Leader Ryan Newsome said this morning that as of Tuesday, 34 people had signed up for the race, right now about an even split between those running the half and those running the 8K. Last year 103 runners participated in the event.

The runners represent a wide geographic area including Atlanta, the Richmond area and surrounding locations, the Tidewater, Virginia, area, District of Columbia, Raleigh and Charlotte as well as local participants.

“It’s a unique experience because of the history,” Newsome said. “With the half, you run over culverts that are 200 years old and race across the top of the aqueduct. It’s a real unique experience along the original towpath.”

Newsome said the race is a good one for runners who want a taste of trail-running. “The Canal Trail is a good place to start. It’s got enough of nature without a lot of difficulty.”

Water stations will be set up at the start-finish line, the aqueduct parking lot, River Road, the museum and in the Grace Drive area.

Volunteers are already set up for the water stations, but Newsome said staff could still use some help at the lake park to serve food.

Awards will be given to the top three male and female finishers in both races and the first-place finishers in each division will get Zulu wearable bluetooth speakers.

All half marathon finishers will receive a medal.

Run the East is responsible for timing the races.

Last year was Newsome’s first planning the event. “I really liked the atmosphere. With all the runners there’s a lot of energy, a lot of smiles. The people who finish first will cheer the others on.”

Runners or those who plan to walk the trail can sign up online or the day of the event but should plan on being at the lake park for sign-in or race day registration before the start of the half at 8 a.m. Arriving sometime around 6 a.m. and before 8 a.m. is recommended.

Gold sponsors for the event are: Halifax County Convention and Visitors Bureau, Reser’s and Zulu Audio.

Silver sponsors are Dominion Energy and Friends of the Roanoke Canal.

The bronze sponsor is the Roanoke Canal Commission.