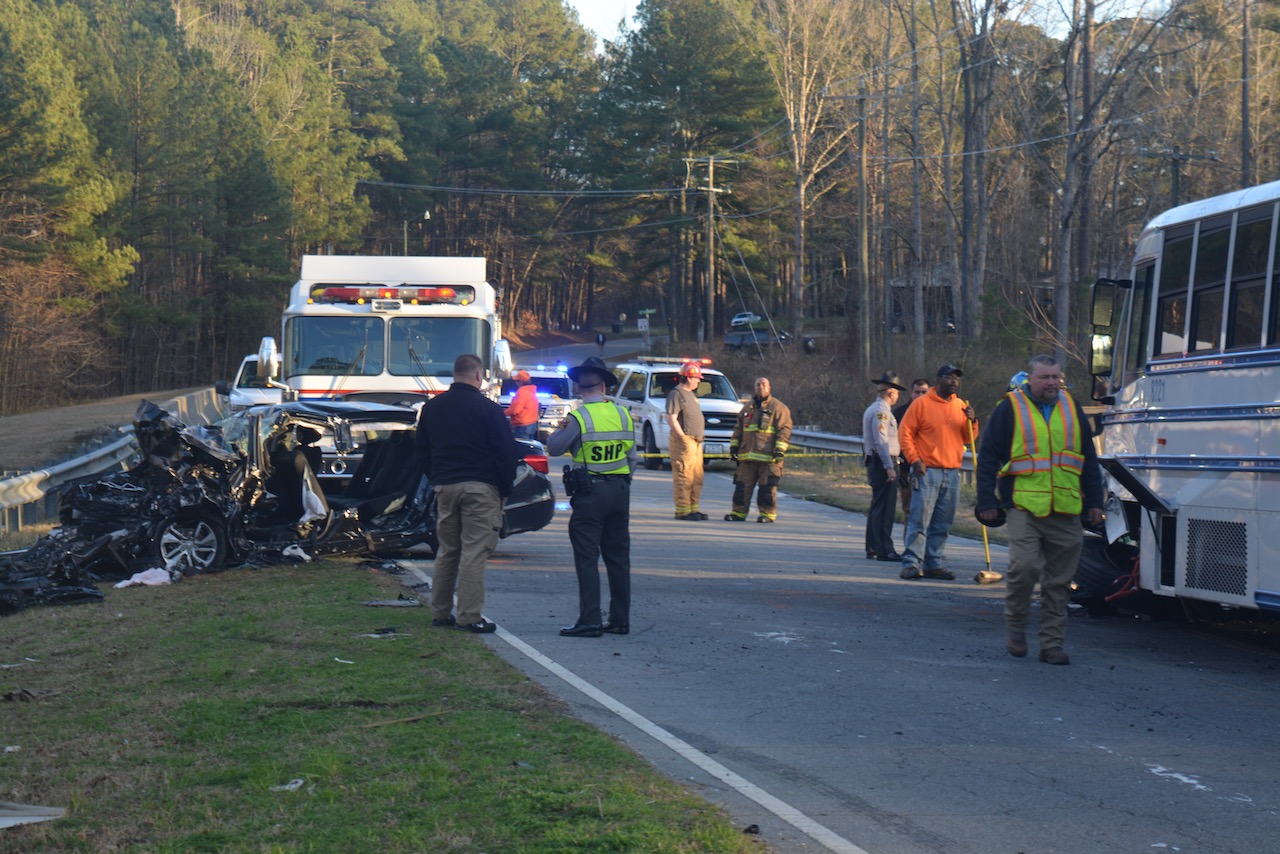 The driver of a passenger vehicle which struck a Northampton County activity bus enroute to a basketball game at Weldon High School is confirmed dead, according to Weldon police Chief Chris Davis.

Edwards said the game between Weldon and Northampton was postponed. He said the bus carrying the varsity players was rendered inoperable from the crash, which occurred on Country Club Road in the Weldon town limits.

The JV players were not injured, Edwards said.

The name of the person who died in the crash was not immediately available as next of kin have not been notified, Davis said.

Edwards said the students who were injured sustained minor cuts and abrasions. The bus drivers were not injured.

Several Halifax County EMS ambulances were at the scene as well as a Roanoke Valley Rescue Squad heavy duty truck. Members of the Weldon Fire Department assisted and the Halifax County Sheriff’s Office was on scene for traffic control.

As of this report Davis was still in the process of interviewing witnesses.