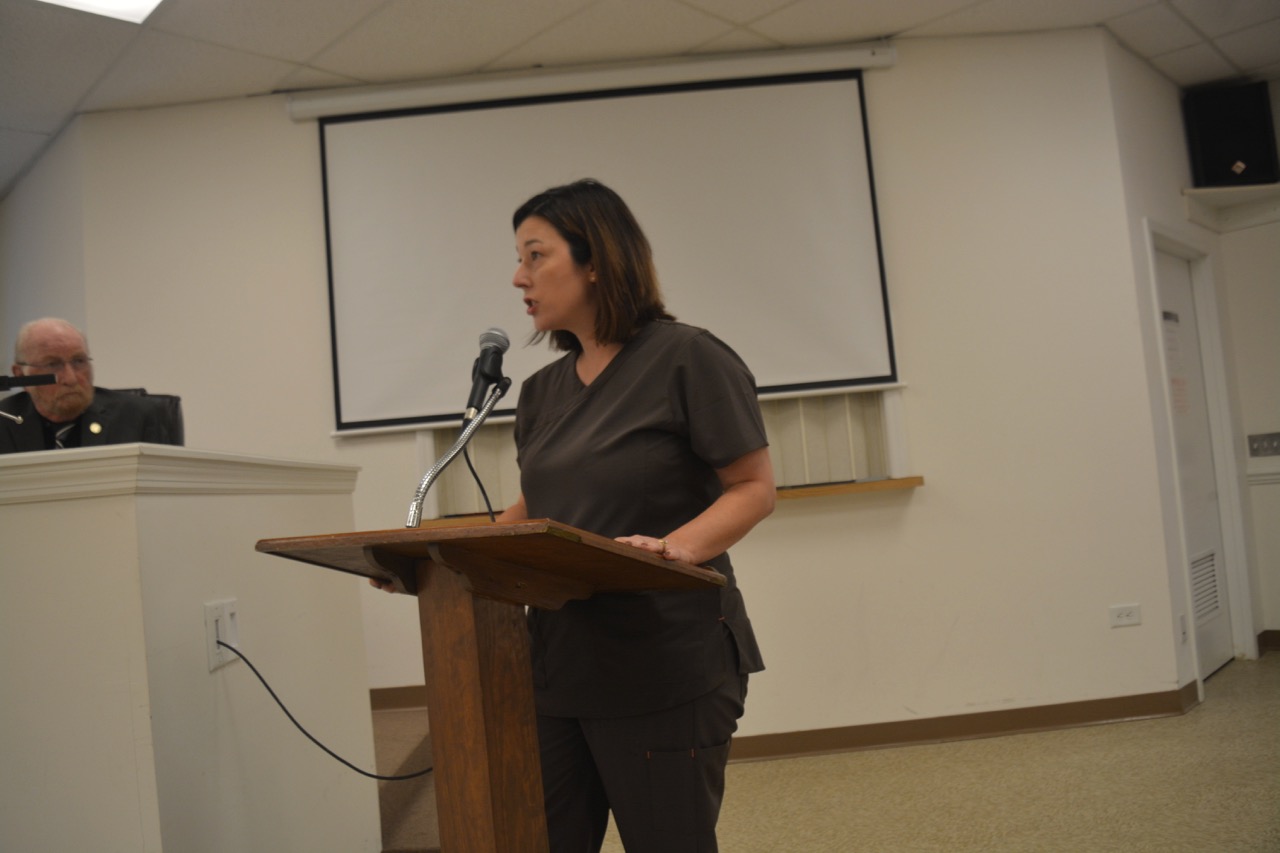 The panel heard requests for improvements of the city’s tennis courts as well as a request to add a third softball field at Chockoyotte Park.

Sarah Harris told council “out of 12 courts, there isn’t one single court that is in optimal playing condition. There are cracks, deep crevices, broken pavement and some courts are even lock due to their condition.”

She told council, “I dare say anyone would deny that the courts are in desperate need of attention.”
The issue, she said, is the courts have not been a priority for many years “and this is why they are now beyond repair and will have to be completely reconstructed.”

She asked council to make court renovations a priority when the panel begins budget deliberations next year. “Drive by the rec’s courts afternoon or night and you will see both young and old trying to make the best out of what we currently have to play on.”

Harris has a petition with 179 signatures requesting something be done to improve the courts. “Our youth, our sports teams, our retirees all deserve better. We must invest now in order to return to the glory days of tennis this city had not too long ago. The cost to reconstruct the courts would be an investment that would yield benefits for generations to come.

Harris said the group Save our Tennis Courts is committed to seeing the project become a success and will aid in fundraising, volunteering and seeking grant opportunities. “Our efforts will be in vain if we do not have your support.”

Harris proposed a committee be formed which includes city officials and concerned citizens “so that the line of communication will be kept open and a positive partnership can be formed.”

Shaniqua Harvey of the Roanoke Valley Community Tennis Association also pledged its support to the Save Our Tennis Courts effort.

The organization has developed partnerships with Roanoke Valley Community Health Initiative, the Arthur Ashe Foundation and the North Carolina Tennis Association. “There is a need here and funds are available,” she said.

Harvey said the association is willing to work with Harris and the city. 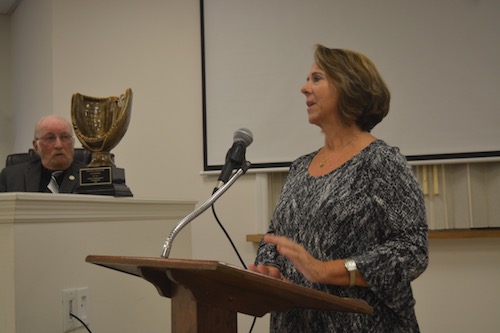 Meanwhile, Mary Duncan of the Roanoke Valley Girls Softball League asked council for supporting an expansion of Chockoyotte Park for a smaller field left of Field I.

Duncan said there is a grant available which is sponsored by Major League Baseball for the development of new fields which economic development will help to complete and another cycle for application will begin in April. The grant requires a match, a schematic design, statistics and city support, said Duncan.

The topic of an 8U field has come up before, Duncan said she understood, and a 180-foot fence would fit in the space with no additional lighting requirements.

“It’s the Roanoke Valley’s turn to host the district tournament this upcoming summer but with only two fields we are unable to do so at Chockoyotte. In order to host at Chockoyotte we would have to split divisions to several locations,” she said. “It would require multiple concession stands and admission gates as well as force families with multiple players to have to choose which child’s game to watch.”

Chockoyotte is a busy park, Duncan told council. “You have soccer fall and spring seasons, softball from April to July and this year a church league that began play in July and just ended a few weeks ago. Our 15Us had a rushed schedule due to the wet weather extending 8,10 and 12s seasons. We had to play doubleheaders Monday through Friday for two weeks in order to get the required 10 games necessary for All Stars. An additional field would have helped alleviate that situation.”

Duncan said the organization is also requesting space for batting cages. “There is sufficient space to right of Field 2 near the walking trail. We believe the expense can be covered through sponsorships, donations and the league.”

Said Duncan: “Tournaments bring in a considerable amount of revenue for the area. You have the occupancy tax from hotels, food in restaurants and replacement of clothing and equipment because inevitably someone forgot their mask, pants or socks.”

Duncan requested a feasibility study for the addition of a third field with a 180-foot fence and the assistance of city staff filling out the grant application.

Parks and Recreation Director John Simeon said Emry Park courts were built in 1977 while courts at T.J. Davis were renovated in 1985. “We’re well past 20 years on standard life for tennis courts.”

Simeon said the city has contacted a tennis court contractor to give a professional recommendation and cost estimates to replace the courts. “He has said they are beyond repair and have well lived their lifespan. He is going to recommend tearing it up and a complete renovation.”

Councilwoman Suetta Scarbrough said the city went through the same situation with the Chaloner Recreation Center pool, not knowing the severity of the damage until it was too late.

But Simeon told her he discussed the situation with the courts during budget discussions three years ago.

Councilman Wayne Smith said he understands there is a business person who is willing to pay for new courts if they are located at Manning Elementary School.

City Manager Joseph Scherer said he has talked with city school Superintendent Dain Butler who is working to approach the person.

Roanoke Rapids school board Chairman Jay Carlisle said this morning there was a discussion on tennis courts about two months ago but no conclusion has been reached.

Councilwoman Carol Cowen said, “Before someone gives money, we have to have money to keep them up. We have to be sure we have the money and staff to do that. If we don’t have the money to do that we won’t be successful.”
Simeon told council he expected the cost estimates on the courts by the end of next week.

He said following the meeting he couldn’t provide an accurate cost estimate on the courts.

He said on Duncan’s proposal, “We’re putting together a report and will bring it to city council.”

On the offer of help from the tennis association she said, “And that was the icing on the cake.”