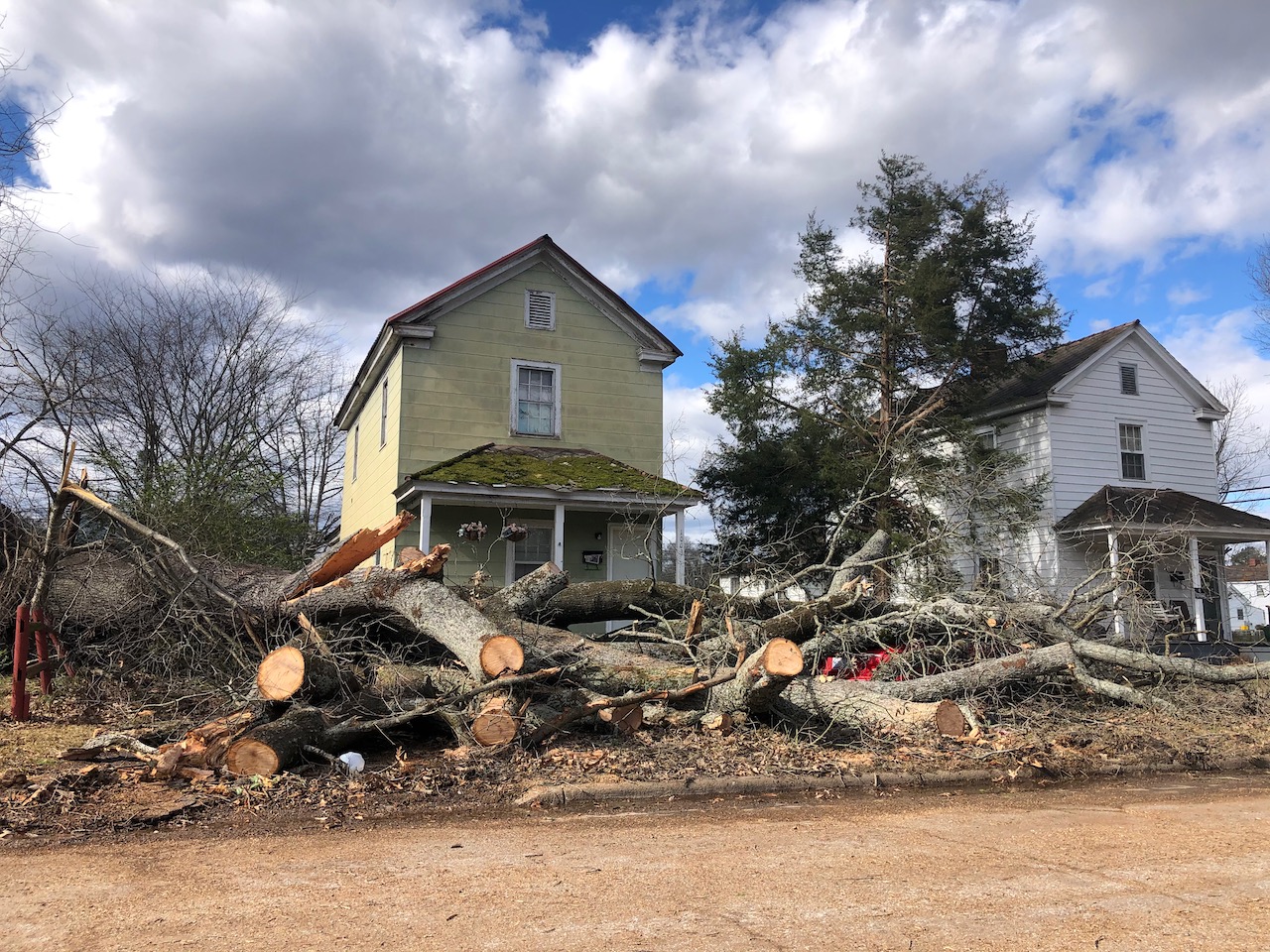 A tree crashed into a car on Cedar Street this morning, totaling the vehicle.

It was the most significant damage from heavy winds in the city, Public Works Director Larry Chalker said this afternoon.

The owner of the vehicle, who was seen observing the damage in 1000 block of Cedar, declined to comment.

Chalker said the city’s drainage system held up well during Thursday’s lengthy rainstorm and there was no significant damage.

Across the county, local fire departments and the state Department of Transportation removed fallen trees toppled by the heavy winds, said Emergency Management Coordinator Buddy Wrenn. “There was no major structural damage (from today’s winds) that I’m aware of.”

There were intermittent power outages throughout the county, he said.

As of this report there were still about 25 customers in Halifax County without power, according to Dominion’s outage map and another 46 in Northampton without power.

Wrenn said he is still waiting on confirmation from the National Weather Service whether Thursday’s storm, which caused heavy damage in the Scotland Neck area, was related to a tornado or straight lines.