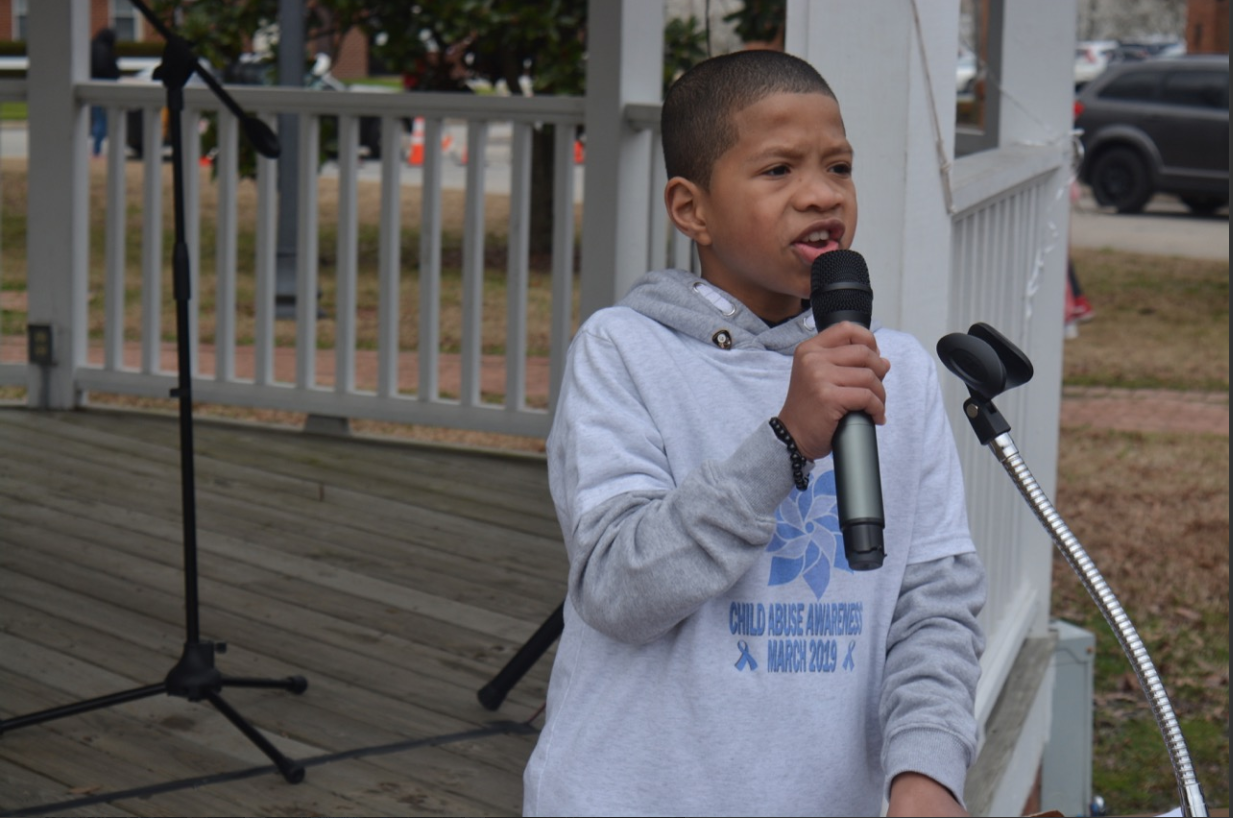 The march will be held March 7 from 1 p.m. to 2 p.m. at Centennial Park off Roanoke Avenue.

Lee encouraged council and the public attending the meeting to attend the event “as we come together as a community and support our young people.”

Lee said he would like to see as many people as possible come to the event “and band together as we say no to child abuse and to also tell child abuse you have no place in the town of Roanoke Rapids and that we are a community that loves our children.”

“I believe that, yes, we may be from a small town but we still have a voice to speak up for what we believe in and that no matter where we come from every child deserves safety and security.”

Lee also presented Mayor Emery Doughtie with a copy of the Marvel comic book drawn in his honor as part of the Marvel Hero Project and the featured documentary on the Disney + streaming service. The documentary is entitled Incredible Elijah.

Doughtie told Lee he was at a very pivotal point in his life, but said, “I have no doubt about the direction you’ll be going.”

Since the first two marches, Lee has not only been featured in the Marvel Hero Project but has appeared on the Kelly Clarkson Show and in other media.