The Halifax County Sheriff’s Office is looking for a man who has allegedly sexually assaulted a teenager not only in North Carolina but Virginia. 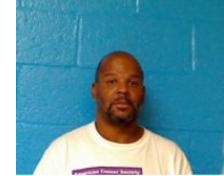 Chief Deputy Scott Hall declined to release details of the case but did say Donald Faulcon Sr., 53, frequents the Roanoke Rapids and Weldon areas as well as the Hampton Roads and Greensville County areas of Virginia.

The call for assistance in locating Faulcon comes after the sheriff’s office on June 17 received a report of a sexual assault of a teenage victim, Chief Deputy Scott Hall said in a statement. Detective L.E. Mann began investigating the report and learned the crimes not only occurred in North Carolina but Virginia.

Continued investigation by Mann and First Sergeant R. Person of the Greensville County Sheriff’s Office led to charges being filed on Faulcon.

Faulcon is currently wanted out of Virginia for sexual assault and rape.

Investigation continues by Mann and Person.