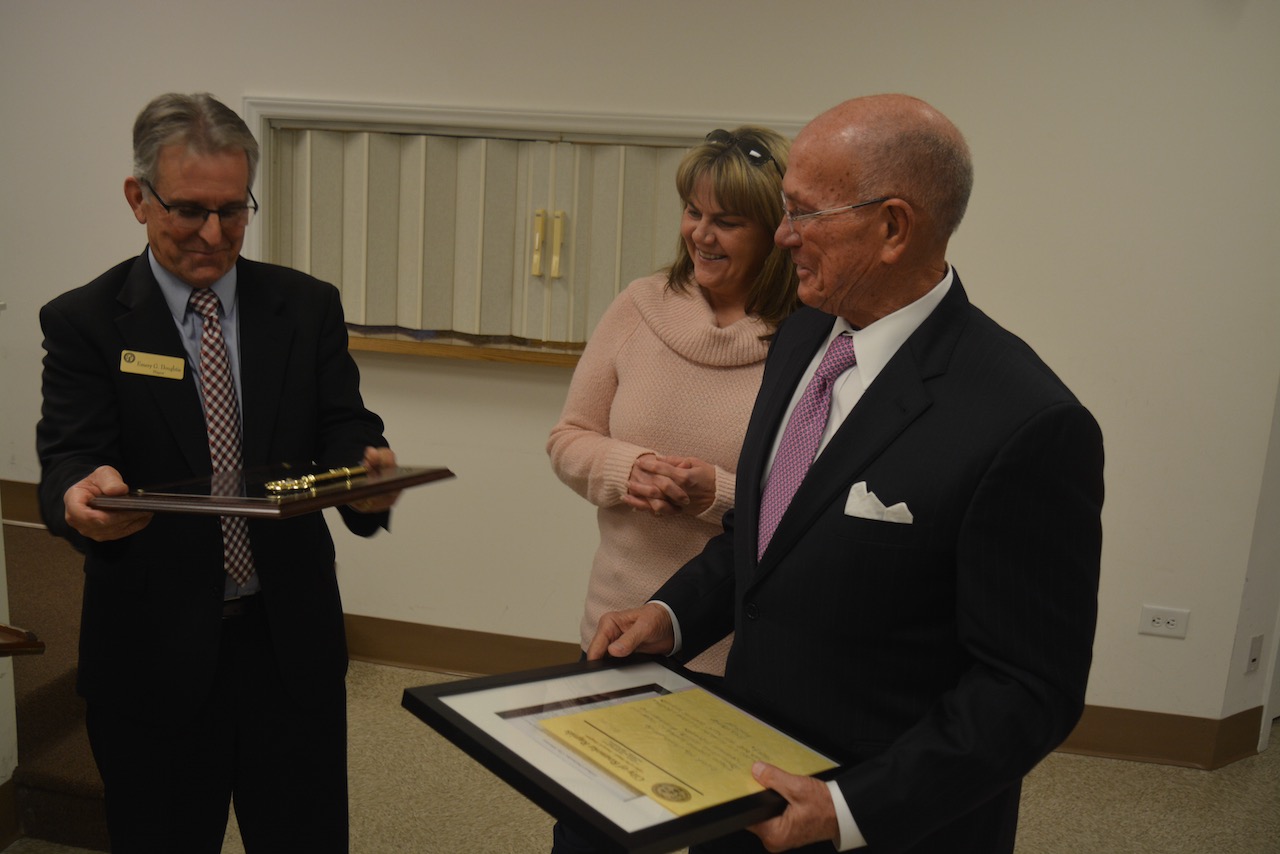 Roanoke Rapids City Council Tuesday honored its attorney of 11 years with a resolution and key to the city.

Gilbert Chichester announced he was stepping down as city attorney last month after accomplishing his goal of helping to restructure the city’s theater debt. He continues to maintain his law practice. His law partner, Geoffrey Davis, was named city attorney effective the first of this month.

Mayor Emery Doughtie read the resolution to Chichester and his wife, Stacie.

“Gilbert Chichester was instrumental in assisting with the renegotiations with Bank of America of the Roanoke Rapids Theatre bond financing package, thereby leading to the city being in a long-term viable and improved financial position,” the resolution noted.

Chichester provided “timely and expert legal services to assist the city in reaching an agreement to sell the Roanoke Rapids Theatre to a private interest group, thereby contributing to the economic viability of the music and entertainment district.”

The resolution praised the attorney for leading the city in many complex situations, “Thereby gaining the respect and confidence of all the city’s officials for his depth of knowledge, sound judgment and high ethical principles.”

His knowledge of civil proceedings, litigation, real estate, land use and zoning matters “were considered prime assets to the city’s mission accomplishment.”

The resolution noted Chichester’s “honesty and integrity, coupled with his sterling professional competence and leadership ability, always generated immediate confidence from city council and other city officials in his legal opinions and actions … Gilbert Chichester displayed a sustained superior performance without equal as our city attorney, being that one individual in an organization whom everyone routinely relied on to solve difficult problems or demanding situations.”

In other recognitions Chief Jason Patrick announced the following promotions and a new hire:

Firefighter Will Harris was promoted to engineer

Firefighter Patrick Pegram was promoted to engineer (Not pictured)

James Bolton was introduced as a new hire 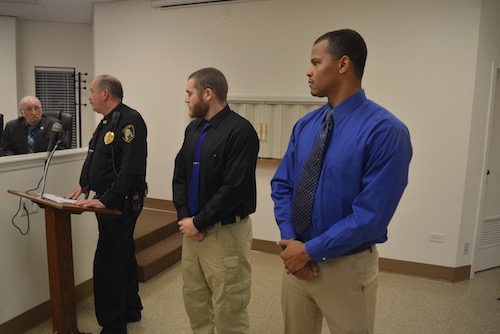 Jayme Shelburne was promoted to master officer (Not pictured)

Samuel Langley and Derrick Bonner were introduced as new hires