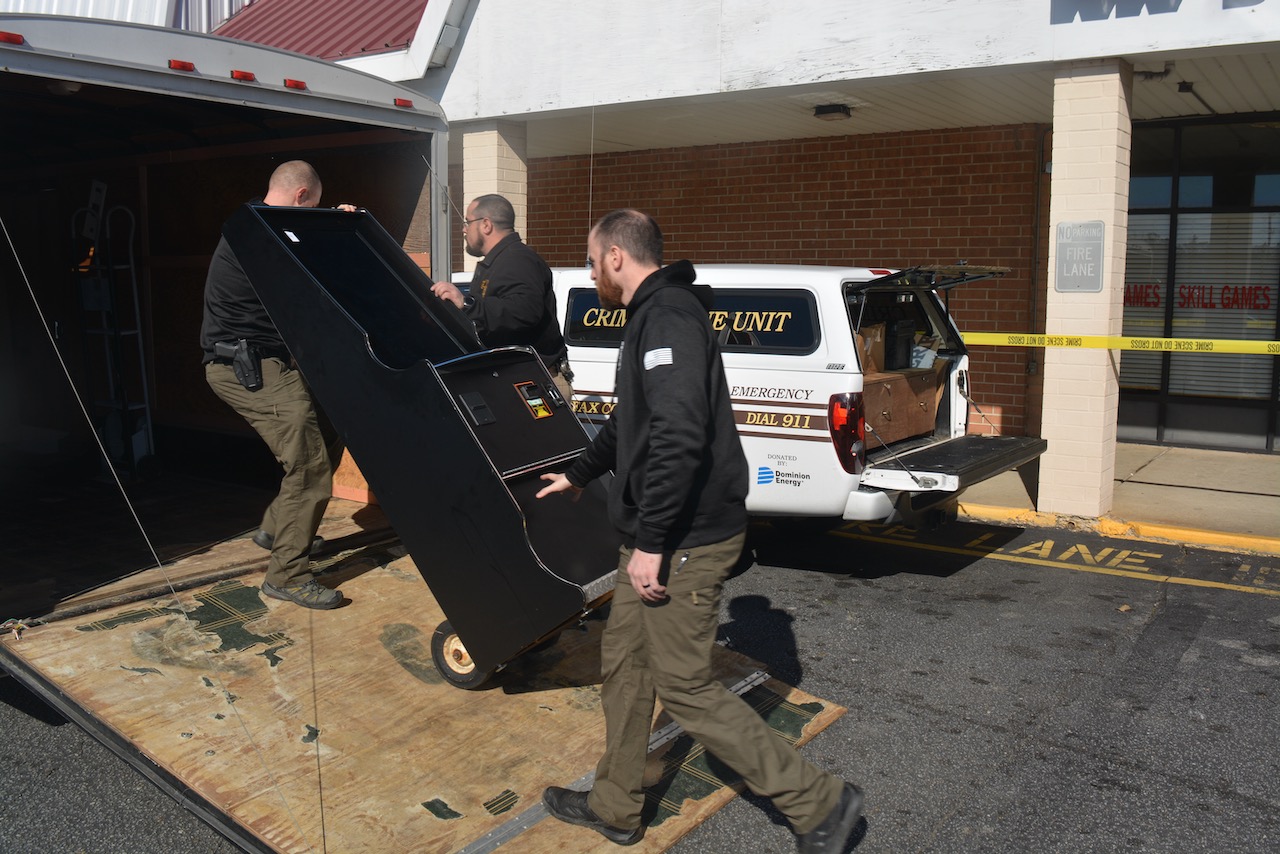 As that raid took place, there was a second one at Diamond City in Hollister, Halifax County Sheriff Wes Tripp said.

The raids were part of a joint effort between the sheriff’s office and North Carolina Alcohol Law Enforcement and its gaming unit.

The raids, which were also being conducted in other counties in the state, came as most of the gaming industry’s temporary restraining orders have been exhausted, Tripp said. “The most recent TRO was heard in Hertford County Superior Court by Judge Cy Grant and he ruled in favor of the state not to issue a TRO.”
Today was the first phase of the operation after cease and desist orders were issued to establishments across the county in January, the sheriff said. “This is done as a public safety issue,” he said. “Since day one at these establishments there have been reports of armed robberies, assaults and other violent crimes.”

District Attorney Valerie Asbell approved the enforcement action and as search warrants were executed at RR Business Center and Diamond City, Tripp received word that an establishment in Roanoke Rapids voluntarily shut its doors after learning of the raids. “It is my hope the remaining establishments will heed the warning and voluntarily close,” he said.

The majority of establishments in the county closed after receiving the cease and desist orders.

Asked why these types of businesses are illegal, Tripp said, “The state of North Carolina says they’re illegal. The North Carolina General Assembly voted to make them illegal.”

The sheriff says those who believe the establishments do no harm should “contact their local representatives in Raleigh and voice their concerns the law needs to be changed. I took an oath of office to enforce all the laws.”

The law under which the search warrant executions were issued today are covered under North Carolina General Statute 14-306 — see PDF of the law at this link.

The enforcement action today was also bolstered by a ruling in October by the North Carolina Court of Appeals which determined the games are in violation of state gambling laws, law enforcement said at the scene.

Said Tripp: “I’ve always had the opinion there is no big difference in this or the North Carolina Education Lottery. The difference is the state says the education lottery is legal. Internet gaming does carry public safety concerns and we have records that back that up.”

Charges are pending in both the Roanoke Rapids and Hollister cases.