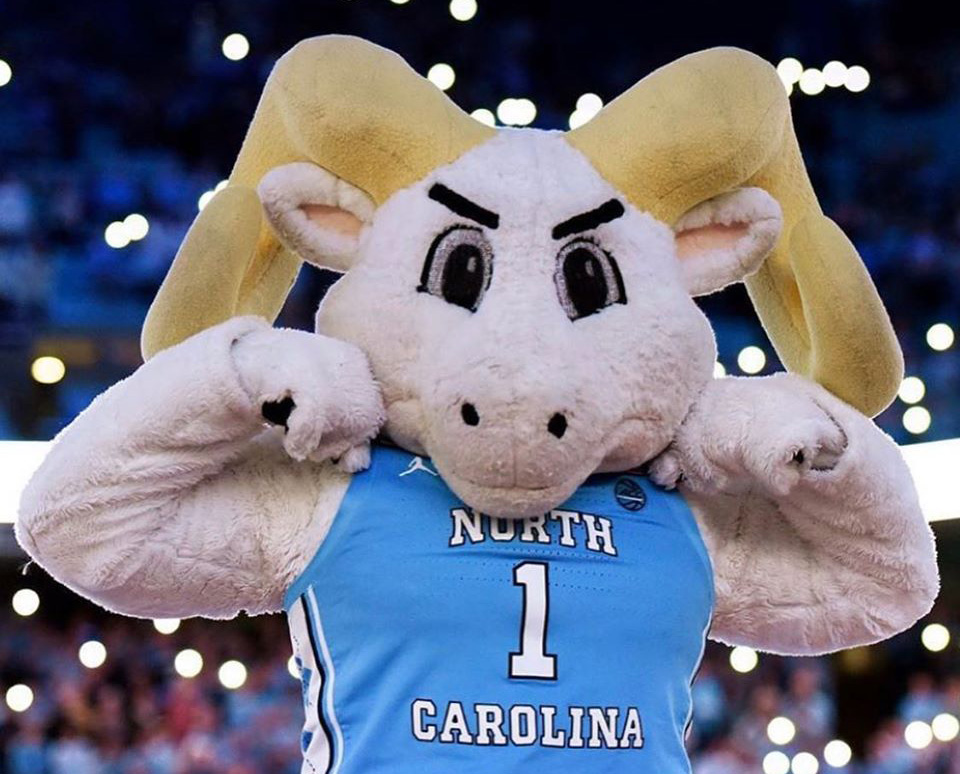 The Ram is out of the bag, so to say

Well now that his official duties are over and he is set to graduate in May 2020, the secrect is out and was released by him on his Facebook account Sunday.

The Roanoke Rapids High School 2015 graduate and soon to be Twenty-three year old Roanoke Rapids Native Austin Taylor has hidden behind the costume on the National level for the past several years and now is able to tell it.

Taylor has a eighteen year old Roanoke Rapids High Senior sister Hannah and is the son of Crystal Adams, grandson of Barbara Crumpler, great nephew of Jesse and Evelyn Spence all of Roanoke Rapids.

Now that my career as Rameses is officially over all I can say is thank you. Thank you to my friends, family, and UNC Athletics. Thank you Tar Heel fans both near and far, but most importantly, thank you Rameses.
•
When I started this wild ride freshman year, I had no idea of the experiences I would have, the people I’d meet and the life long friends I’d make. Rameses helped me to find my place and discover who I was at a time where I felt I didn’t belong. Coming from a small town to Carolina can be extremely overwhelming. Rameses gave me an outlet, a place where I could actually be myself and express myself. Being Rameses threw me out of my comfort zone, but somehow I had never felt more comfortable.
•
From ACC Events, hospital and school visits, insane games, commercials with Coach Williams, dancing in the pit, and so much more. It really was a true adventure. Who would have thought that a UNC fan from Roanoke Rapids would grow up to represent UNC on a national platform? Night after night Rameses provided me with the best view in Kenan, The Smith Center, Carmichael, and more.
•
Finally, thank you Tar Heel fans for bringing the excitement to every game, event, airport, or wherever we crossed the street. Being a part of the Carolina Family is a special opportunity and I hope I did my part to make every fan I came across feel special. You all made me feel like I was the king of the world every time I stepped in front of you. So with my time as Rameses officially up I can say;

My name is Austin Taylor, I am and forever will be a Tar Heel. #GoHeels 💙 @ Chapel Hill, North Carolina