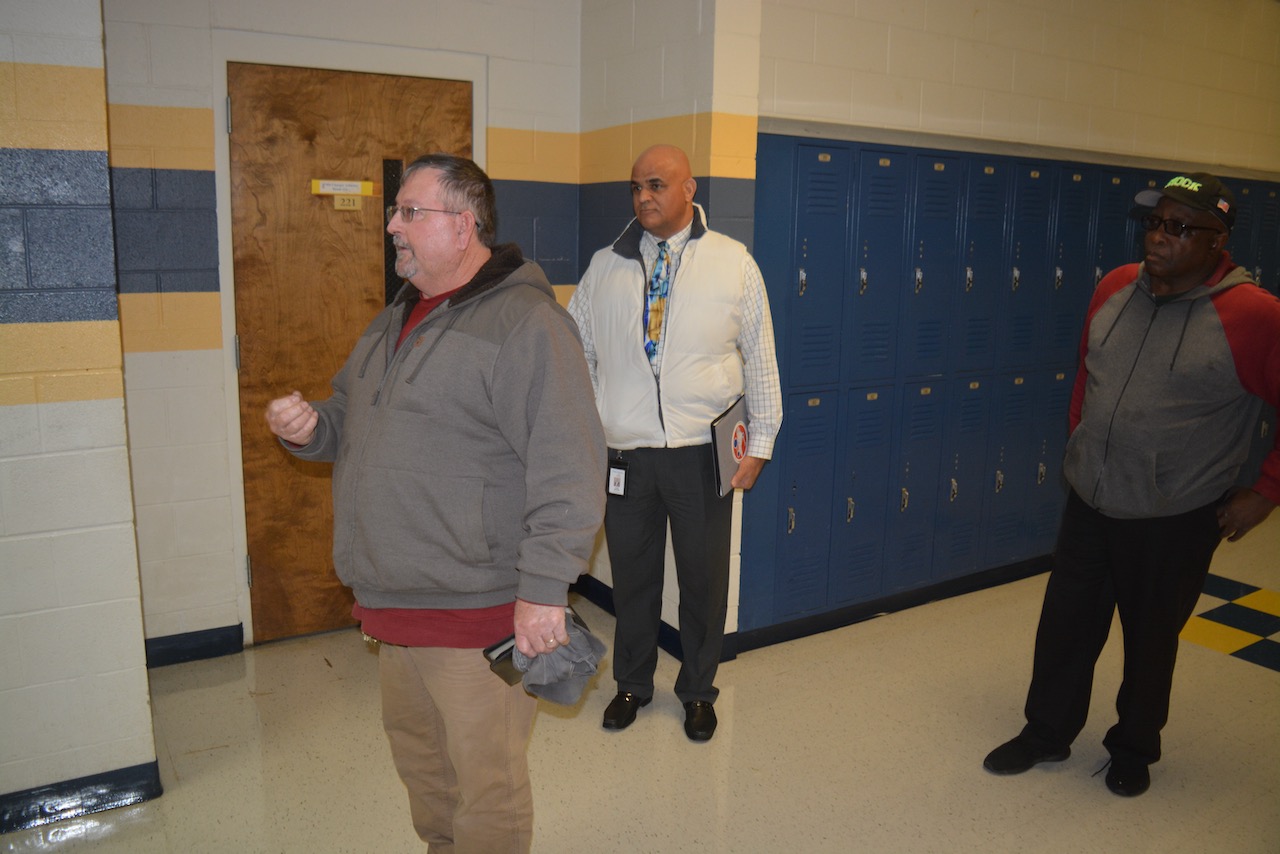 A tour of Weldon Middle School Wednesday by Halifax County commissioners is part of the process to determine how to address the needs at Weldon High School.

Weldon City Schools Superintendent Tracy Gary said before the tour began the purpose of the meeting was to see whether “it was feasible to accommodate the high school” on the grounds of the middle school, which is located off Highway 301.

The county has said addressing the needs of Weldon High School was its next priority after overseeing the construction of a new Manning Elementary School.

“We realize we’re going to have to do something,” board of commissioners Chairman Vernon Bryant said near the end of the meeting. “Weldon City Schools is next as far as a big project.”

Not all of the members of the Weldon City Schools board of education were at the meeting so that board did not have a quorum its chairman, Hugh Credle, said.

While Gary described the school as being on a beautiful campus, the tour revealed there are problems within the building.

The property is about a quarter of mile from the Roanoke River at the football field, Turner explained, and the property is low. He said the cost estimate of addressing the drainage problems is between $3 million to $4 million.

Turner said the school is in a flood zone which extends to the department of social services building.

As the tour went outside, Bryant said, “We’ve got to make things better at Weldon High School. The next step would be to figure out a cost estimate.”

Gary told the joint meeting, “We want to make sure we have as many options as possible.”

She also stressed, “We’re not pushing to have a dual campus. We want to make sure we exhaust all options.”

Bryant said, “We don’t know what’s going to happen. We’re committed to make things better at Weldon High School. We don’t know if it’s a new high school, a refurbished one or this campus.”

Gary said she recognized the county and the school system “have a common goal to meet children’s needs,” but as of the meeting Wednesday she wasn’t convinced a move outside the town limits would be the best for students of the high school in terms of athletics and other logistical issues.

Bryant explained just as the Roanoke Rapids Graded School District did with Manning, Weldon would have to eventually request lottery funds. “Roanoke Rapids is paying $200,000 a year. The Weldon school board has to make a request to use lottery funds.”

Said Commissioner Rives Manning: “Everybody has to have skin in the game.”

What the Weldon school board decides to do remains in the air. “We’ve got to do something for our children in Weldon,” Credle said, but added, “If we have a high school out here (the middle school), that’s a big separation to have. We want to keep our kids as localized as possible.”