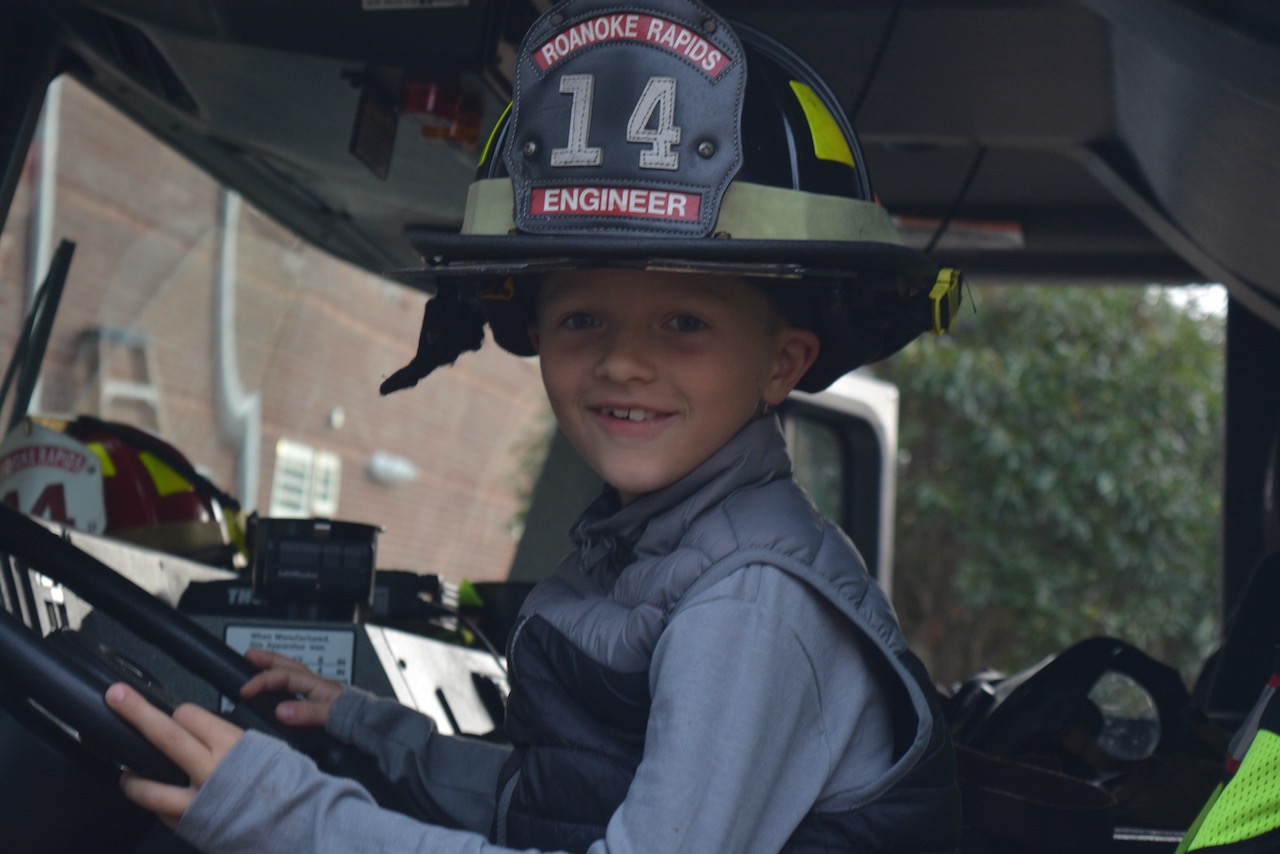 Boy who saluted during Hawkins procession honored by RRFD

The young boy, dressed in a SWAT costume, could be seen saluting on Old Farm Road as the procession carrying the casket of Roanoke Rapids Fire Department Battalion Chief Kevin Hawkins passed.

In fact, 9-year-old Hayden Cash only broke the salute for about five vehicles when his arms grew tired, his mother, Tanya, said.

Tuesday, Hayden was honored by the fire department for his gesture.

Fire Chief Jason Patrick presented the Manning Elementary School student with a plastic fire helmet, a challenge coin bearing the department’s official logo on front and the firefighting yellow jacket on back, an RRFD cap and a memorial sticker honoring Hawkins, who died on October 22 after his battle with mantle cell lymphoma. Hayden also got a tour of Fire Station 1 afterward.

The gesture, Hayden said, was simply, “to honor him.”

“It was something he wanted to do,” said his father, Andy Cash, who is a canine sergeant with the Halifax  County Sheriff’s Office. “He’s nine-years old and said he’s going to be a firefighter or a sheriff. I think that’s big for a nine-year-old.”

All gallery photos by rrspin except the salute photo, which is used with permission of the Cash family

Patrick said the gesture was special for the firefighters and others who traveled in the 4.6-mile procession from Valley Community Church to Cedarwood Cemetery. “It meant a lot for all of us for a young man to show so much respect to us and Kevin.”

Tanya said Hayden didn’t speak much about it afterward. “He didn’t brag about it. He said it was the right thing to do. It surprised me for him to stand still the whole time. He’s very active.”

Tanya said of the moment, “It just makes me so proud. He’s got a heart of gold. I told him it (the procession) was going by. He wanted to dress like his daddy. I don’t think he realized how many people he impacted that day.”