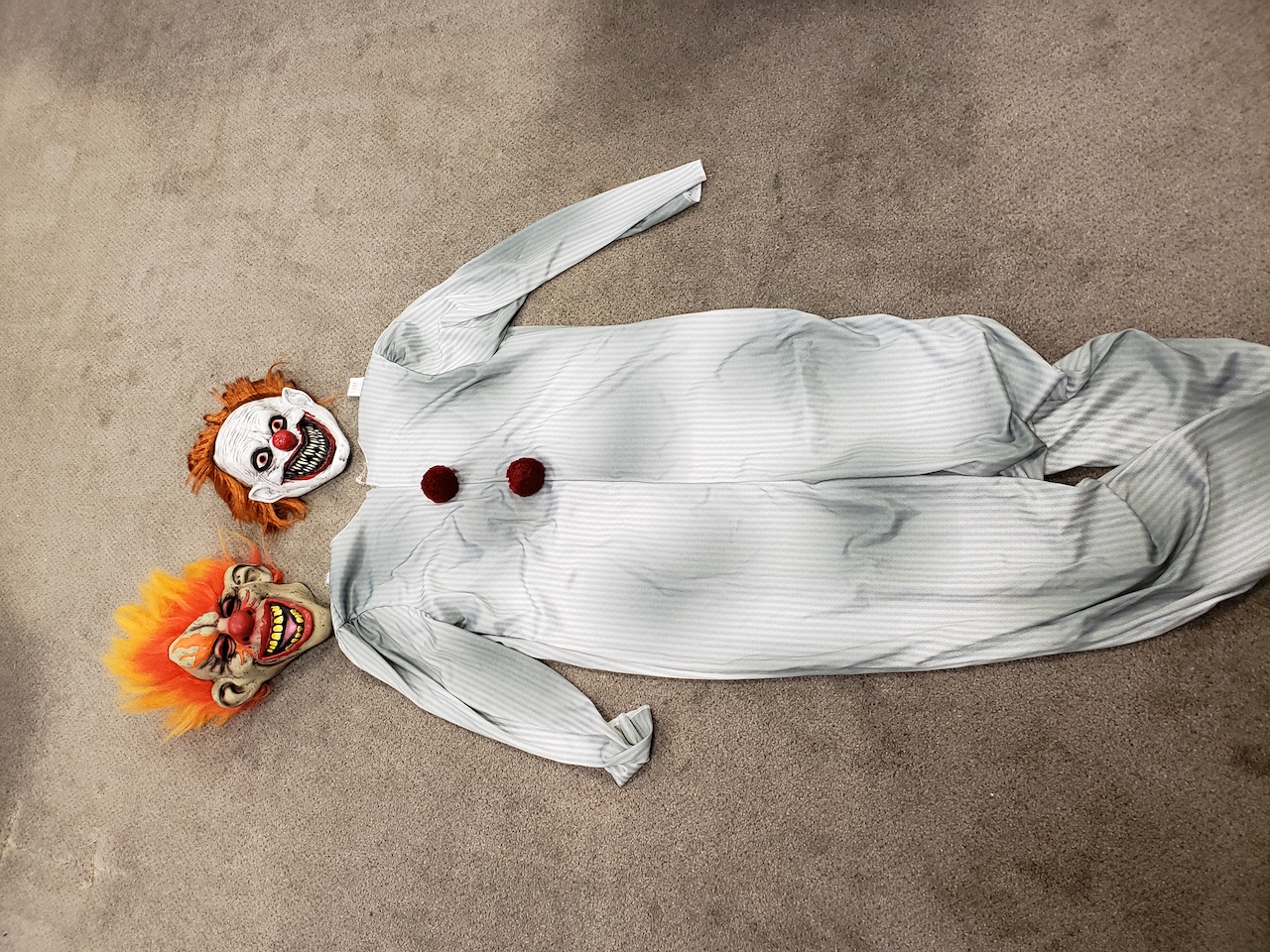 A 15-year-old male juvenile has been identified as the person wearing a clown costume, as well as reporting to an officer a clown was looking through his window in the area of Highway 48 and Sam Powell Dairy Road Sunday night.

Roanoke Rapids police Chief Bobby Martin confirmed this morning the matter is still being investigated and there is the potential of charges related to filing a false police report and obstructing justice being lodged.

Martin said if it can be proven the child was “jumping in and out of traffic” as reported that evening, the juvenile could also face a charge of impeding the flow of traffic.

Martin said there has been no evidence presented thus far the juvenile damaged any vehicles while throwing items at them as was initially reported.

The matter was reported Sunday night shortly before 8:45 p.m. and Officer C. Roberts responded to the area and learned a person dressed in a clown suit was jumping in and out of traffic throwing items at vehicles.

While officers could not find anything, around 9:15 p.m. a juvenile came up to Roberts, who was making a traffic stop, and told him a clown was staring at him through his window.

Further investigation reportedly showed that juvenile was the same person wearing the clown suit, which was confiscated. Investigation continues.