The second suspect in Roanoke Rapids and Weldon armed robberies was apprehended around 10 p.m. Wednesday. 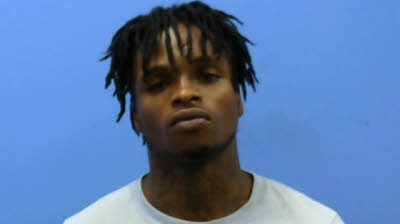 The arrest and filing of charges against 17-year-old Temon Nathaniel Seward came after an extensive search for him in Weldon, a manhunt which began Wednesday afternoon and extended into the evening.

Roanoke Rapids police Chief Chuck Hasty said in a statement this morning the police department located Seward and took him into custody.

Hasty said Seward was captured without trouble at his Queen Street residence in Roanoke Rapids. It was not clear how he got from Weldon where the search initiated to Roanoke Rapids.

Weldon police Chief Chris Davis said this morning, “I think everybody worked hard and it paid off. I definitely appreciate everyone’s assistance. I just think the community involvement helped a lot.”

Hasty said in the statement Seward was charged with the September 26 robbery and shooting of a store employee at New Dixie in the 100 block of Julian R. Allsbrook Highway. The store is traditionally called Presto.

He was also charged with the October 2 robbery of New Dixie Mart  in the 1900 block of Julian R. Allsbrook which has traditionally been called Bob’s.

In Weldon he faces charges in the September 17 robbery of the Family Dollar.

Davis confirmed this morning Seward was served warrants for robbery with a dangerous weapon, larceny and possession of stolen goods.

Hasty said in the statement more charges are expected.

Asked whether investigators would pursue federal charges against Seward and Joshua Durante, who was also charged in the same crimes, Hasty said, “We’ll look at all options and all qualifiers.”

Durante is currently in custody without opportunity for bond.

In the statement Hasty all agencies “worked well together to make this arrest.”