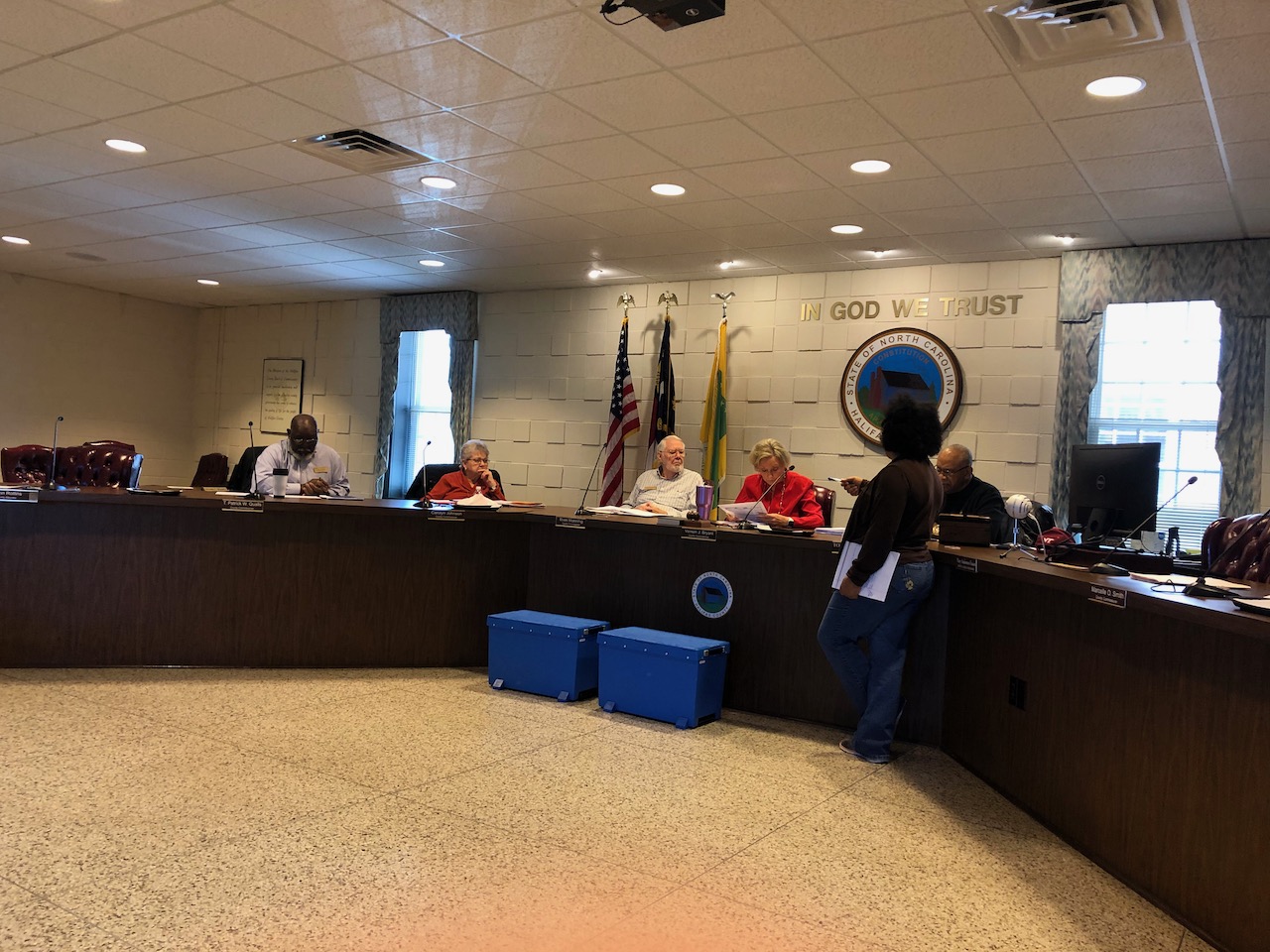 The decision was unanimous.

The protest was filed by Casper Edmonds and claimed Braxton, who defeated challenger James Mills in last week’s municipal elections, distributed advertising which required a legend stating paid for by the candidate on the material. He claimed it “cast doubt on the fairness of the November 5, 2019 election and their vote totals for mayor and town commissioners.”

The materials which were passed out, according to a copy obtained this morning, were a flyer with the header of “Every Vote Counts” and a subhead saying “Keep Scotland Neck moving in the right direction!”

It promoted Braxton, Watson, Shields and Gunnells and contained a sample ballot with the names of the incumbent mayor and three incumbent commissioners premarked.

The state law the protest cited was one governing sample ballots and that they should be given an appearance clearly distinguishing them from official ballots.

The premarked ballots with the names of the incumbents also had the word “sample ballot” written down the side.

Halifax County Attorney Glynn Rollins told the board his opinion was not having the legend “paid for” was not required because the candidates spent less than $1,000 on their campaigns.

He cited state elections law covering the scope of disclosure requirements which says it does “not apply to an individual who makes uncoordinated independent expenditures aggregating less than one-thousand dollars in a political campaign.”

He also used a statute which says “official ballot” means a ballot that has been certified by the State Board of Elections and produced by or with the approval of the county board of elections. The term does not include a sample ballot or a specimen ballot.”

County Board of Elections Director Kristin Scott said the incumbents stated and signed in their filing documents they didn’t plan to spend more than $1,000 on their campaigns.

Scott confirmed that Jane Bass collected enough write-in votes to be declared the fifth commissioner on the Halifax town board.

Two incumbents did not file but one newcomer, William F. Johnson, chose to run.

Johnson, along with incumbents Lisa Turner, Patterson Wilson and Christina Wells all won.

There were 29 write-in votes cast in the election. Bass collected 14 write-ins.

After a review of the write-ins, Pitchford ended up regaining her seat.

The board of elections today also approved eight provisional ballots and threw out 16.

The provisionals are not expected to alter any of last week’s races, Scott said.

The canvass of votes will be Friday at 11 a.m. in the old commissioners building next to the Historic Courthouse in Halifax.