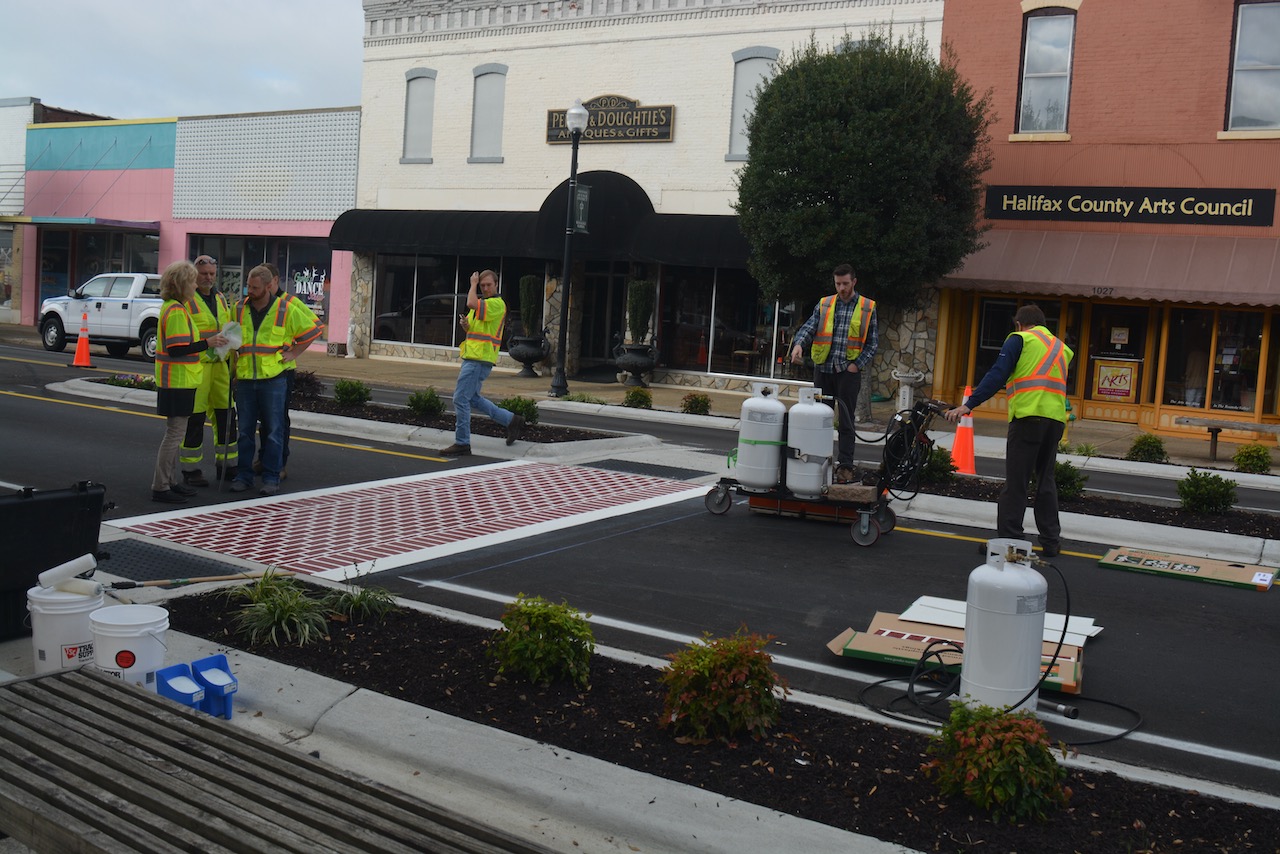 Laura Clark, president of the company, said Geveko started in 1924 as an asphalt company. Its products are used on roads across the country as well as more than 80 countries.

Clark said many communities want to put in more decorative crosswalks. “This is going to look like bricks.”

She said the markings have skid-resistant material and its sides have reflective materials.

The mid-block crossings are not a new idea, Manriquez said. They can be seen in Chapel Hill, Raleigh and Greensboro as well as other communities. “It’s safer and it appeals to the eye.”

While Geveko provided and installed the decorative markings at no charge to the state — Roanoke Avenue-Highway 48 is a state road — Caudle said the mid-block crossing was paid for from a mix of federal, state and local funds and was part of the avenue streetscape master plan.