A Roanoke Rapids man was arrested and charged Friday on multiple counts involving the breaking and entering of 16 vehicles in different neighborhoods of the city. 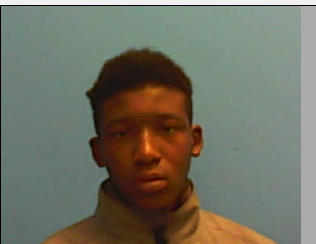 For the vehicle break-ins and items stolen from some of them, Bynum has some 47 pending charges, Martin said.

Investigator Morgan Worrell said in a statement the police department on October 1 received multiple calls of car break-ins overnight in what is traditionally called the “no hundred block” of Henry Street to the 1300 block of Charlotte Street. “Detectives were also made aware of home security footage that had been shared on social media from the early morning hours of October 1st of a male walking through the front yard of a residence on Charlotte Street. A second video emerged of the same male walking in between two houses in the downtown area on the same night.”

Through the videos, detectives identified the person and connected him to the break-ins early in the investigation. “It was … the help of the citizens of Roanoke Rapids that assisted the police department in the identification of the subject which led to his arrest …”

He was charged with multiple counts of breaking and entering a motor vehicle, numerous counts of misdemeanor larceny and possession of stolen goods and one count of damage to property which stemmed from breaking a car window to gain entry.

“We encourage citizens to check home security systems for the night of September 30 to October 1 for any other footage that might be connected to these break-ins,” Worrell said. “We want to thank the citizens willing to produce home security footage for the investigation of this incident. The police department would also like to remind the citizens to take out valuables from plain view in the vehicle and lock the car doors.”