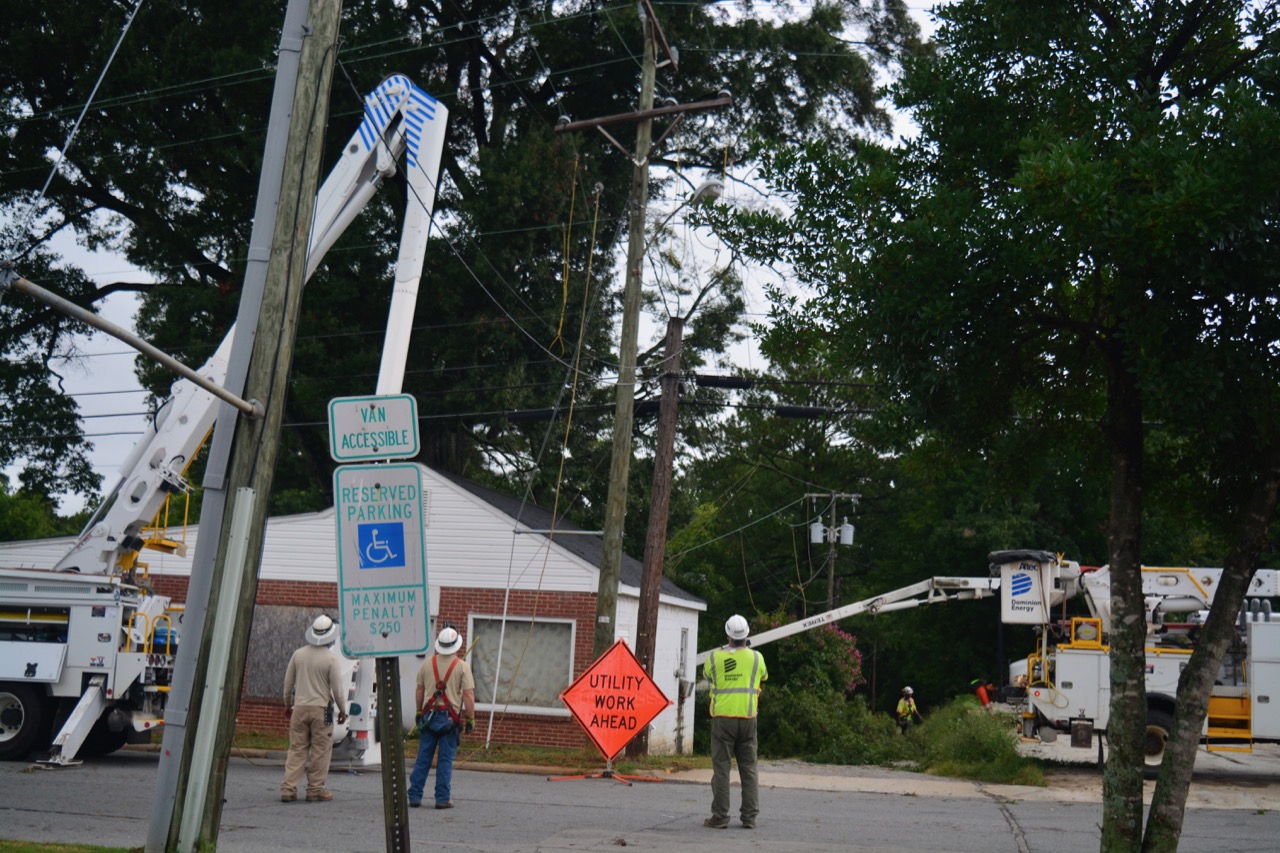 The Roanoke Valley has thus far been spared any serious damage as the outer bands of Hurricane Dorian come through the area.

A tree fell on a power line at First Street in the area of McDonald’s and knocked out power to the traffic lights at the First Street and Roanoke Avenue intersection.

Wrenn said the storm is expected to move out by mid-afternoon. “It wasn’t anything like Florence or Matthew.”

While the area as of this report has been spared any significant damage, Wrenn said, “We’re halfway through the hurricane season so we need to be prepared.”

Dorian made landfall this morning around Cape Hatteras as a category 1 hurricane, national media reported.

Roanoke Rapids public works crews were out until 3 this morning, Chalker said, and came back on duty at 5. “It was part of our quick and rapid response,” he said. “We didn’t know when the rain and winds would come along.”

The department is expected to close a valve at Rochelle Pond when the winds die down, he said. Opening the valve helped slowly bring down water levels at the pond, City Manager Joseph Scherer told council at its meeting Tuesday.

Chalker said the city is still watching the winds and rain spawned by the outer edge of the storm. “You don’t know when there might be a bad spin around and we catch it.”

Despite the lack of significant damage, Chalker said, “We try to be prepared for the worst. I have good people. They’ve done a lot to prepare. We’re glad we were prepared and glad we’re seeing no more damage than we have. We’re getting closer and closer to the end.”

The city’s sanitation workers were out a 7 a.m. making garbage collection runs.

Scott Aman, president of New Dixie Oil, said in a statement this morning, “We have no major issues and we are so very thankful. Please continue to pray for those in impacted areas and in need.”