On August 30, Detective Matt Brown began investigating a larceny in the Hollister area. 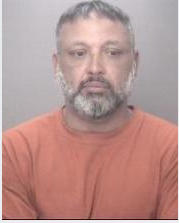 He was last seen on August 30 in Hollister.

On August 29, the sheriff’s office responded to a residence in the area of Lonnie B. Green Road of Roanoke Rapids about the larceny of a firearm.

Through investigation by Detective R.B. Biggerstaff, warrants were obtained on Andrea Fern Porch, 31, of Roanoke Rapids.

Porch was charged with larceny of a firearm and possession of a stolen firearm.

She was arrested today and has a September 18 court date.