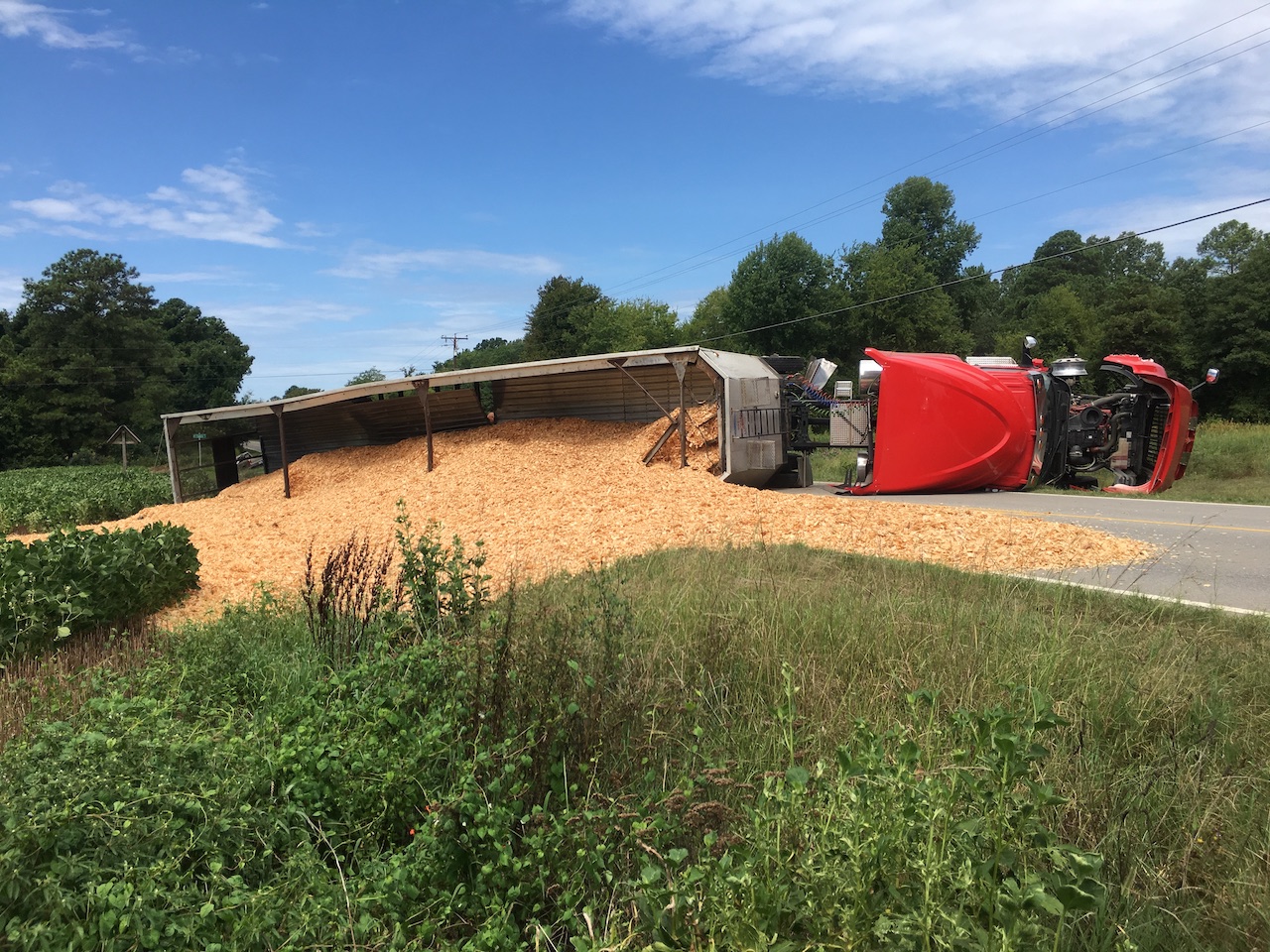 A Garysburg man was charged with driving left of center and careless and reckless driving after a wreck in the Gaston area this morning.

Trooper T.J. Blount said Joshua Seuis, 29, apparently fell asleep at the wheel of a Ford Ranger. When he woke up, Bount said the man told him he became aware he was driving left of center.

Seuis was driving in the westbound lane of Highway 46 before going left of center while a tractor-trailer was heading east. The pickup sideswiped the rig. After the collision Blount said the pickup traveled west into a ditch and the driver of the 18-wheeler lost control and overturned.

Blount said the tractor-trailer lost more than half its load of wood chips.

The driver of the tractor-trailer refused medical transport and was checked out by EMS at the scene. He had no injuries.

Seuis, who has a December 17 court date, was transported to Halifax Regional and was listed in stable condition with minor injuries.

The tractor-trailer spilled antifreeze and the spill was contained. The highway was reopened shortly before 2:30 p.m.