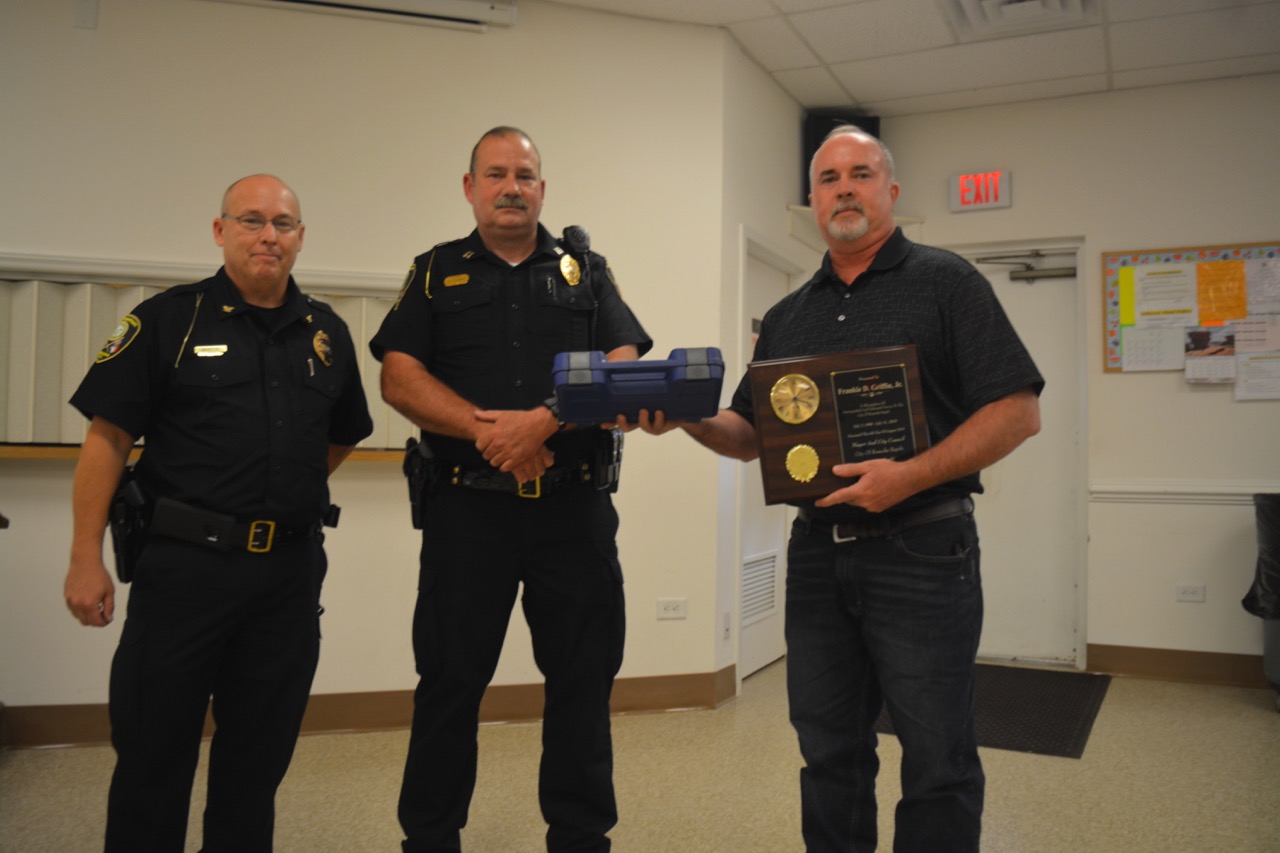 Roanoke Rapids City Council Tuesday night recognized the retirement of Frankie Griffin, who served as a firefighter and then as a police officer.

“Frankie Griffin has spent the majority of his adult life serving the citizens of Roanoke Rapids in one way or another,” police Chief Bobby Martin said.

A 1989 graduate of Roanoke Rapids High School, Griffin started with the fire department in August of 1990. He was a firefighter for three years and was then promoted to engineer and remained in that job for six years. He was promoted to lieutenant, a position he held for three years.

In 2002, Griffin joined the police department. He was a patrolman for three years and then promoted to investigator. He did narcotics work for two years and became an investigator until December of 2015 when he took the job of evidence technician, a job he held until his retirement.

“Frankie has been a dedicated servant to the city of Roanoke Rapids,” Martin, who presented Griffin his badge and service weapon, said. “He will be missed, but we do understand that when you give all of yourself for so long, there comes a time when you need to just step back and take a break. Frankie has earned that right because of his dedicated service to the city of Roanoke Rapids and its citizens.”

The first was to install No Parking (on) This Side Street signs on Olde Towne Road exiting Olde Towne Apartments near Pope Funeral Home.

Martin said tractor-trailers park on each side of the street and residents can’t see oncoming traffic. “It absolutely could be a traffic hazard.”

The second amendment was to install No Parking signs on Downs Brook at the 107 and 115 addresses.

This amendment came because of the number of people who park their cars there to go fishing, Martin said. “The residents can’t pull out of their driveways. It keeps them blocked on both sides of the road.”