McKimmey determined the vehicle had been stolen since midnight.

The vehicle was left running and stolen while the victim was inside the residence.

Shortly before 11:30 that evening the vehicle was stopped off East Ninth Street by Deputy B. Murphy of the Halifax County Sheriff’s Office for a traffic violation.

McKimmey responded and determined the vehicle Murphy stopped was the one from the East Sixth Street call.

The driver was identified as De-Vonna Monyah Ussery, 18, of Weldon.

The passenger was identified as Diamond Renae Sara Harp, 18, of Weldon.

Both were placed under arrest and taken before a Halifax County magistrate where they were charged with possession of a stolen motor vehicle. 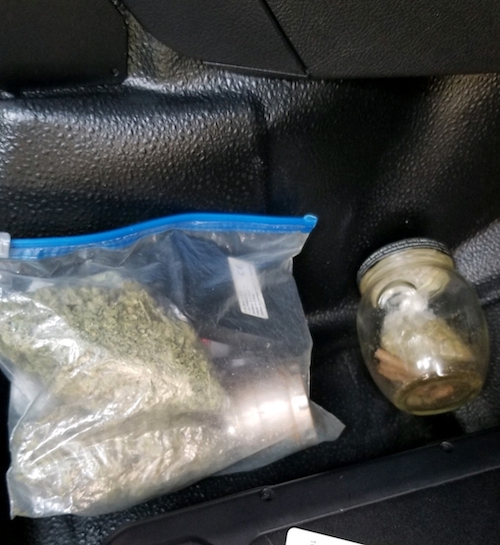 Chief Bobby Martin reported Tuesday shortly before 2:15 p.m., members of the PACE team responded to the area of Becker Colony Drive to investigate complaints received about large groups of people in and out of an apartment as well as the odor of marijuana.

Officers knocked on the door of an apartment. When the door was opened the officers immediately smelled the odor of burning marijuana.

Barnes complied with officers and gave them the marijuana and paraphernalia he had in his room.

The officers placed Barnes under arrest and he was carried before a magistrate and charged with felony possession of Schedule VI, maintain a dwelling for a controlled substance, and possession of marijuana paraphernalia.

There were 66 grams of marijuana seized.

This investigation stems from complaints from the community. “We encourage the citizens of Roanoke Rapids to contact us when they see drug activity and other crimes being committed,” Martin said in a statement.

The warrants included one for breaking and entering, attempted robbery with a dangerous weapon, and assault by pointing a gun.

These charges resulted from an investigation conducted by Sergeant A. Leitner on July 22.

Smith was also served an additional warrant for larceny of an ATV four-wheeler, possession of a stolen motor vehicle, and felony conspiracy to commit felony larceny.

These charges resulted from an investigation conducted by Sergeant D. Shepard that began on April 26.

Smith was scheduled for a first court appearance today and received a $10,000 secured bond on all charges.

Sheriff Jack Smith stated he “would like to thank Sergeant Leitner and Sergeant Shepard for their continued efforts in these investigations” and was “thankful that no one was hurt in this robbery and thankful that we are able to remove this subject from the streets. We will continue to work diligently on these cases involving four-wheeler thefts and all other larceny cases within our jurisdiction.”