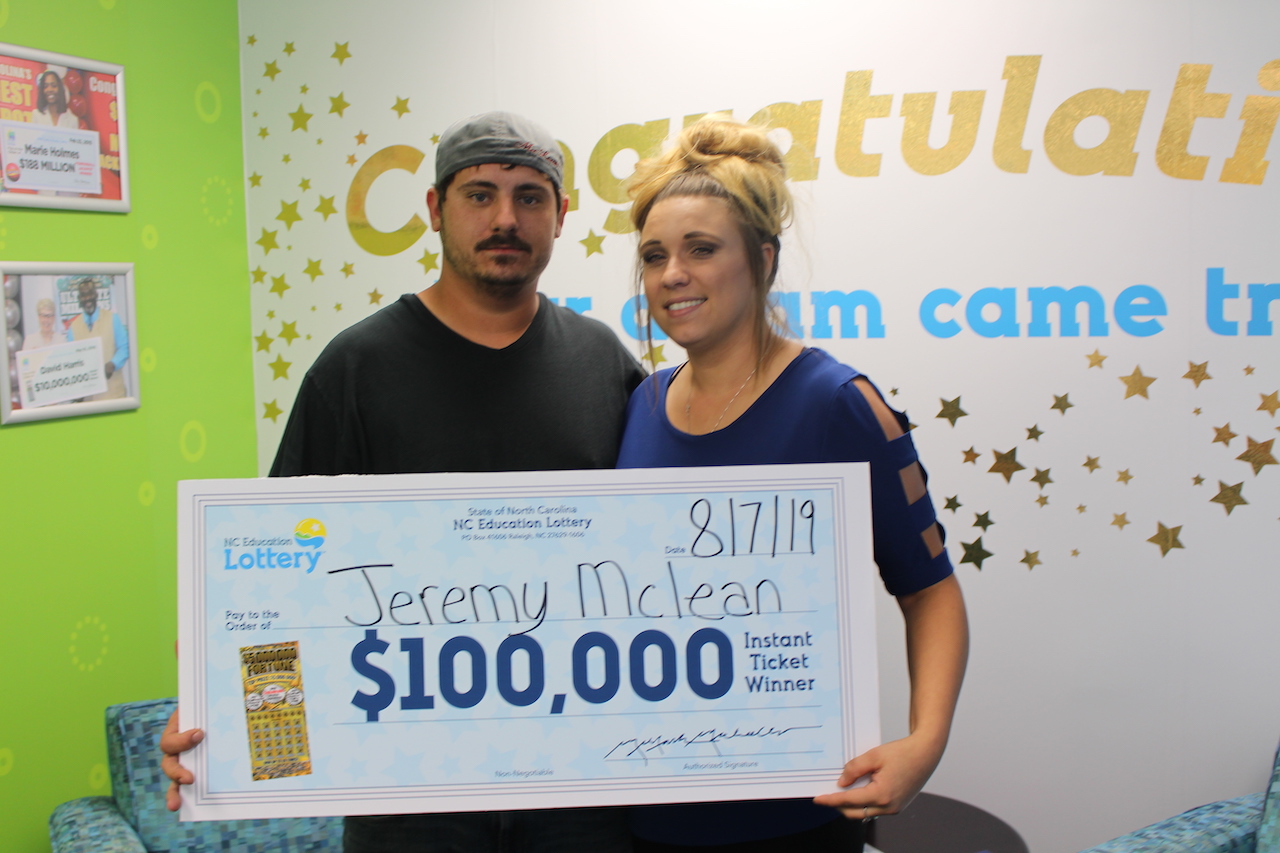 After years of waiting, Jeremy McLean of Roanoke Rapids can finally marry the woman of his dreams thanks to a $100,000 lottery prize.

“We’ve been engaged for four years,” McLean said. “We just haven’t had the extra money to get married until now.”

McLean’s fiancé Heidi Hobbs said the win will make her dream come true. “The first thought that ran through my head when he told me was, ‘We can finally get married,’” Hobbs said. “I don’t want anything fancy, just something simple to celebrate that we’re together.”

The electrician’s good fortune happened Tuesday night when he stopped for some Mountain Dew at the New Dixie Mart on East Tenth Street in Roanoke Rapids.

“I didn’t win anything on the ticket,” McLean said. “I got back in my truck and started pulling out of the parking lot when something just said I should get another ticket.”

McLean went back inside and asked for a second $5,000,000 Fortune scratch-off ticket. When he saw what he won, he rushed home to tell his fiancé.

“He came in yelling, ‘I did it!’” Hobbs said. “When he showed me the ticket, I started jumping on the bed I was so excited. This feels like a dream!”

“You’ve changed our lives forever,” McLean said when he got the check. “This is incredible.”

McLean is the first player to claim a big prize in the game since it launched earlier this week. Three $5 million prizes and five $100,000 prizes remain.