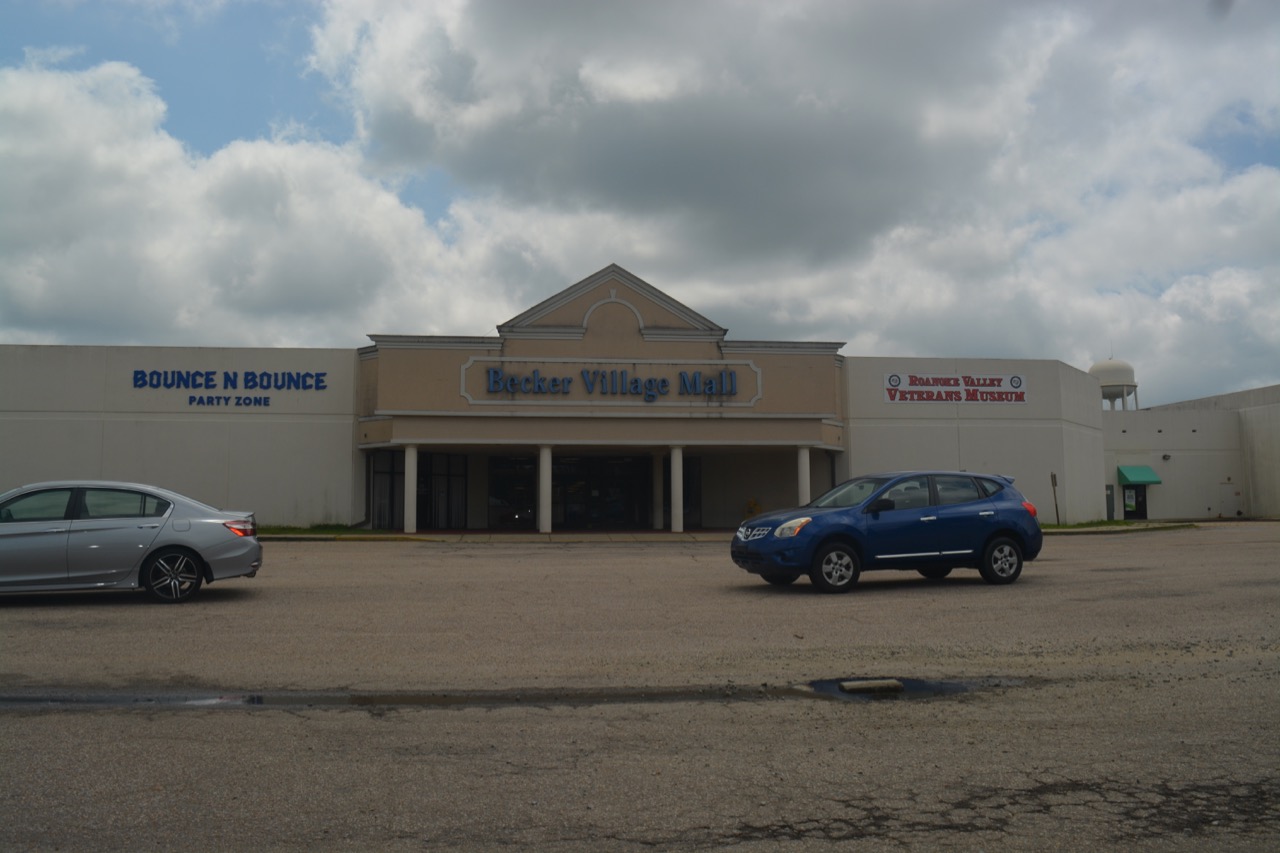 Becker Village Mall, starting today, is on the auction block.

It has been put up for bid on the online auction site Ten-X Commercial.

The mall, which stands on approximately 31.9 acres of land, serves as warehousing space for O’Reilly Auto Parts and also hosts Roanoke Valley Veterans Museum. Scott said the mall is also home to a hydroponics store, a cosmetics store and a few other businesses.

According to online prospectus the mall is at 16 percent occupancy.

A previous auction, Scott said, did not fetch the starting bid. “We’re still looking at it for warehouse space,” she said.

She reiterated following the meeting, “We think it has logistics and warehouse benefits for the property.”

Property highlights on the auction site also note the mall has redevelopment opportunity as a potential distribution or self-storage facility.

As of this report the reserve price had not been met.

The mall was sold in 2014 with hopes the new owner could revive the once thriving shopping center.

In other economic development news Scott said marketing for site development in exit 173 area of Roanoke Rapids is underway. She said there has been company interest and visits to the area last month.

An exit 171 study is also underway and requests for proposals have been sent 11 firms with three companies confirming to the county economic development commission they will submit proposals.