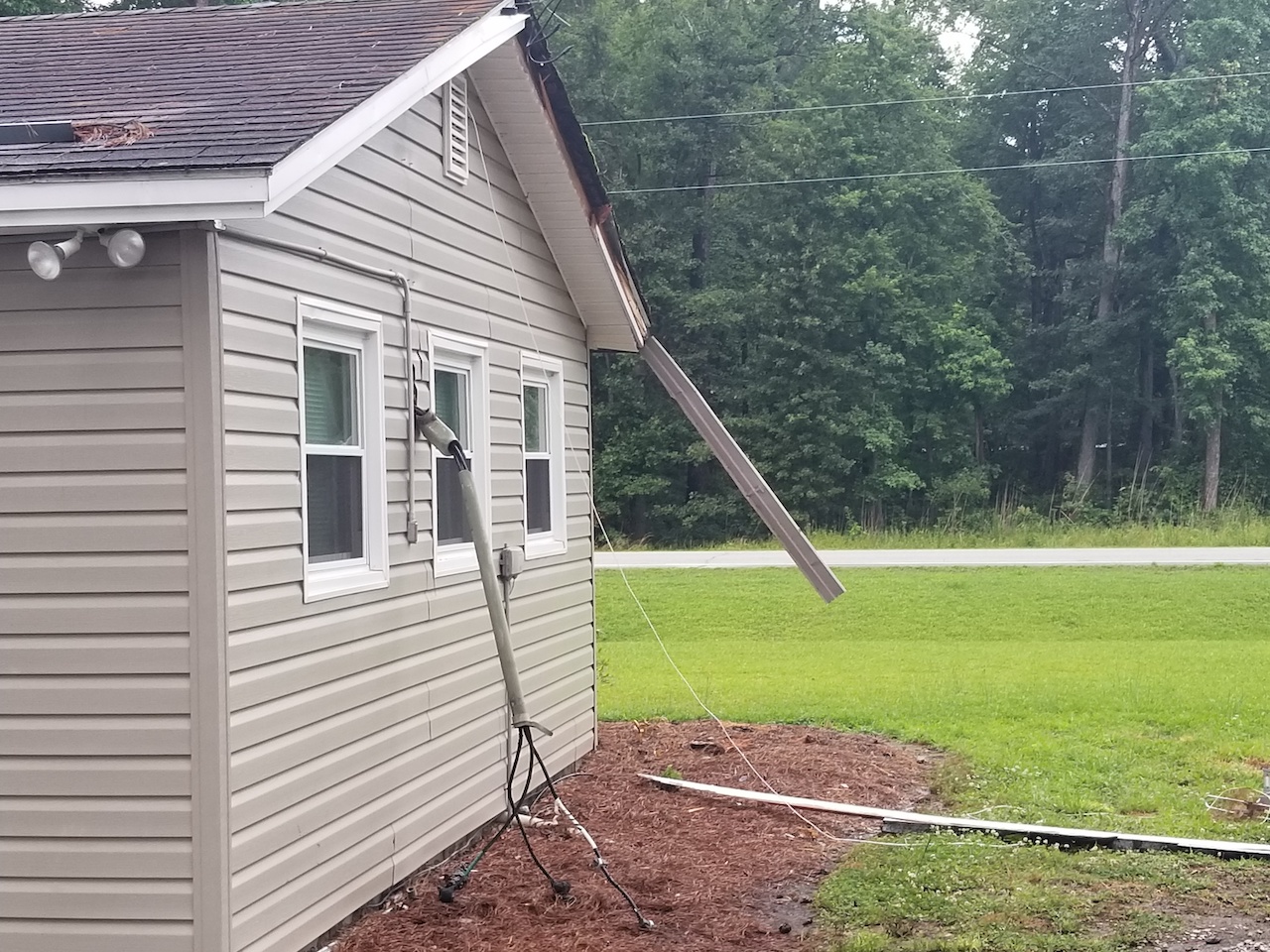 The North Carolina Forest Service reported the following, according to Agent David LaFon:

The North Carolina Forest Service is looking for information on the person who damaged their building in the Moonlight area of Scotland Neck.

Between midnight and 8 a.m. Wednesday someone with a tall vehicle drove through the driveway near the office located at 21120 Highway 125.

The vehicle pulled down the electric service from the office to the power pole and damaged the side of the office.

On Thursday around 2:45 a.m. Lieutenant C. E. Carroll stopped a 2017 Chevrolet on Interstate 95 near the 169 mile marker for a motor vehicle violation.

A search of the car and the three occupants was conducted. A .38-caliber revolver was found along with an open beer and a marijuana grinder.

Bradon Thomas-Bates, 17, of Raleigh, was arrested and charged with carrying a concealed weapon and possession of a handgun by a minor.

Thomas-Bates was placed in the Halifax County Detention Center under a $500 secured bond.

Octavia Thomas-Bates, 19, was charged with possession of marijuana paraphernalia and released.

The driver, Victoria Bates, 31, of Angier, was charged with open container of alcohol and released.