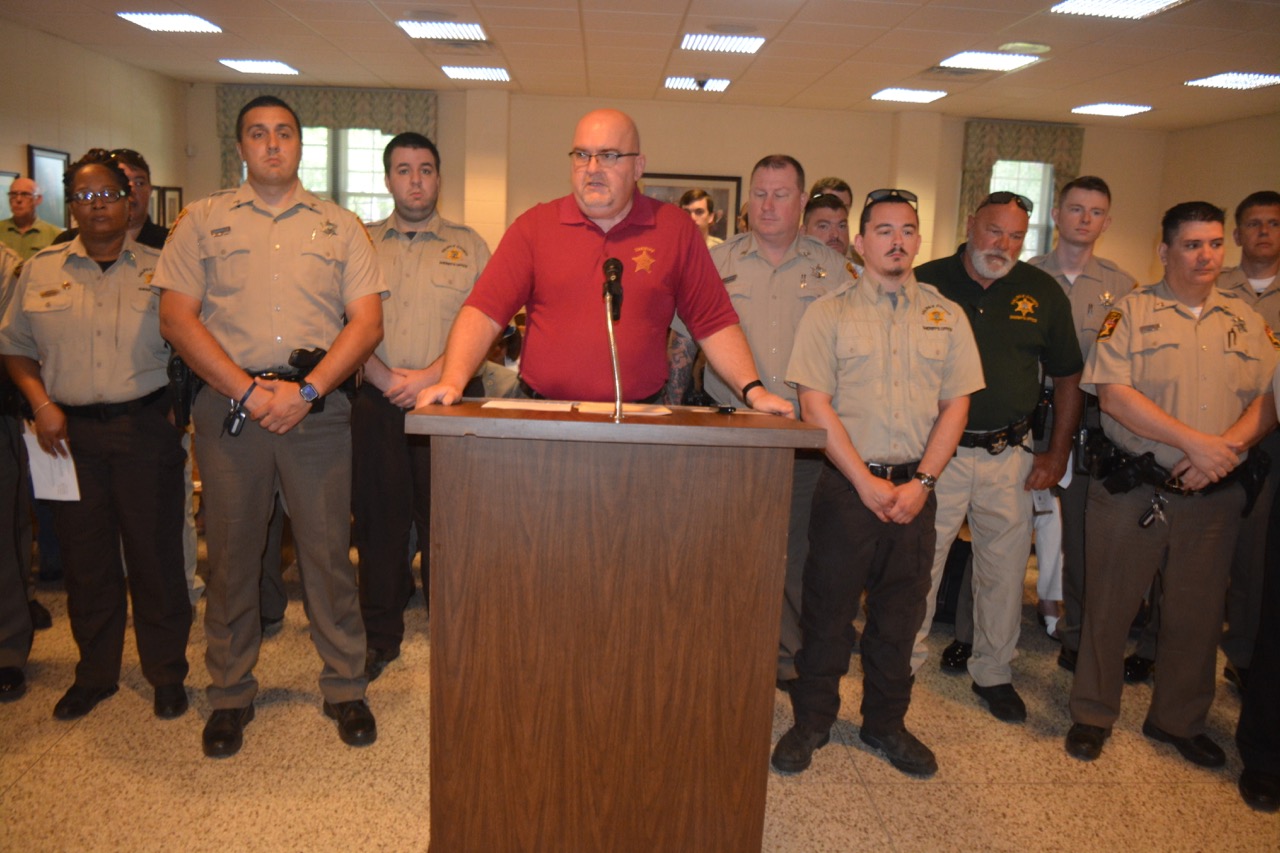 A $300 bonus for full-time Halifax County employees is now on the table following discussions by commissioners today.

The discussion, brought up by board Chair Vernon Bryant, came following a public hearing on the proposed 2019-2020 fiscal year budget which was held earlier in today’s meeting.

The proposal County Manager Tony Brown will work from prior to the June 17 adoption of the financial plan is one which was presented during initial budget discussions.

This proposal does not call for a tax increase but it does include $210,000 for the bonus and would fund some outside requests.

Under this configuration full-time employees would get a $300 bonus while part-time and employees with the Halifax County Cooperative Extension Service would get a $150 bonus.

This option would also provide $20,000 to the county recreation partners program and $20,000 to Roanoke Valley Rescue Squad.

Bryant said in going over the budget he had a problem with two things — the lack of funding for outside requests and employee pay. “The main thing is the employees who work for Halifax County. I’ve really had a hard time with it. My heart goes out to our employees.”

Bryant said his concern was not fueled by the earlier budget public hearing in which jailers, detectives and deputies came out to support Sheriff Wes Tripp and his plea for equity in pay for his employees. “We really want to make things better,” Bryant said.

Commissioner Linda Brewer said, “I personally know where our employees fall. I’m so conflicted over this. At some point we’re going to have to address these inequities.”

Commissioner Rives Manning said the bonus would help employees at the low end of the payscale more than those at the top.

Commissioner Patrick Qualls said. “It’s hard for me to convince myself that’s fair. I agree with the sheriff. We are a training ground.”

Commissioner Carolyn Johnson said the show of force by the sheriff’s office was overwhelming. “When you see the faces of people affected it changes. When you have to get a second job or public assistance it’s something that affects you.”

The discussions held about the bonus are likely to open future talks about the state of salaries, Bryant said. “Right now we really need to do something. We have to make this a priority.”

Said Tripp: “Both deputies and detention officers are required to pass the same rigorous high standard background which is governed by sheriff’s training and standards. This is the same for every county in North Carolina.”

The hourly pay of Halifax County deputy is $13.63, Tripp said while a county detention officer’s is $12.97.

A sanitation worker in Roanoke Rapids makes $10.71, Tripp said, while a general laborer at a large scale construction company makes $14 and loss prevention at Walmart makes $15. “Please consider the different levels of liability for each of these jobs,” he said. “As your sheriff, I am the highest law enforcement officer in the county, yet my deputies have the lowest starting salary within the county.”

Said the sheriff: “I’m not asking that our deputies and detention officers be treated better than any other county employee — all county employees are in desperate need of a pay raise. I am asking that our deputies’ and detention officers’ salaries be increased so they don’t have to continue to rely on secondary employment and public assistance. We need to be willing to stand up for the people that are willing to protect us.”