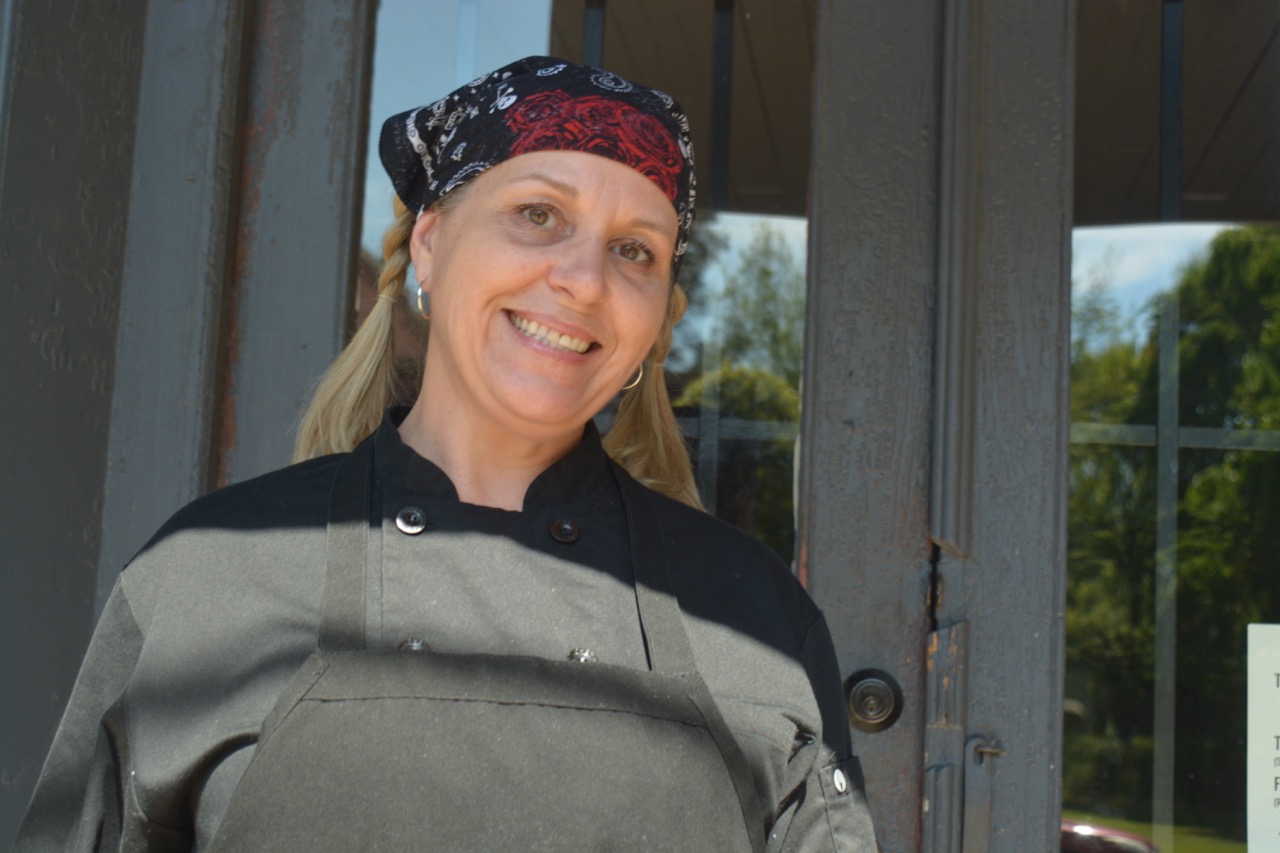 While restaurant plans are still a little more than a year away, her Tasty Tuesday fundraiser at Kennon House in Gasburg will offer a glimpse of things to come.

The dinner, which will benefit A Taste of Preservation, is set for July 16 beginning with a cocktail hour at 5:30 p.m.

Proceeds from the event, a seven-course dinner, will benefit the main street programs in Halifax and Waynesboro, Virginia.

She chose Halifax because it is part of the Roanoke Rapids micropolitan area and because of the resurgence in the county seat. “Patterson Wilson is breathing life back into that little spot and I’d like to be a part of that,” she said in a recent interview.

Waynesboro was chosen because it is close to Silverback Distillery, whose bourbon will be featured at the Gasburg event.

The event will also include the works of other breweries, wineries and distilleries from Virginia and North Carolina in which their various representatives will attend.

“This is just the first,” Chichester said of the Tasty Tuesday dinners. “The next one will be in North Carolina at a historically significant venue.”

A Taste for Preservation, whose website will be up within the next week at atasteforpreservation.org, is about preserving historically significant buildings.

But more than that, Chichester said, “This event is to highlight and spotlight my kitchen’s capabilities. The bigger design is a restaurant and bar.”

She is still in negotiation to purchase Halifax Farmers Supply on Roanoke Avenue but isn’t discounting other locations in the city. “I feel like everything is coming together for this. I have a great support system. I’m looking at opening a restaurant within 18 months.”

With changes coming to the avenue with a resurfacing project and the introduction of a new streetscape plan, Chichester believes the timing is right. “I would like to see a replay of Center Street in Goldsboro or what is happening in Apex. We’ve been on the precipice for something great for a long time. We have the potential to make this community what it can be.”

Said Chichester: “It’s important to me. It represents not just my future but the future of our area. I want it to be a source of pride for our locals. I want us to have something special so we don’t have to go to Rocky Mount or Raleigh. I want to help make the community what we want it to be instead of it being something else.”

Tasty Tuesday begins with cocktail hour and there will be several canapes available which include black truffle and foie gras macarons, spicy asparagus rolls, fresh figs and a regional variety of charcuterie trays which represent Northern France, Central Spain and Southern Italy.

Guests will be seated by 7 p.m. and then will be offered their appetizer choice which they pre-order when the website is up. The appetizer choices include savory stuffed dates, crispy aromatic trotter or dry-aged wagyu steak tartare.

Next will be a fish course.

After the fish course is palate adjustment with pate de fruit with choices of lemon and rosemary, peach and cinnamon or orange and vanilla.

Dessert course will include the choice of a five-layer chocolate hazelnut cake; not so plain Jane cheesecake, which is a vanilla bean cheesecake; lemon ice with fresh berries or a five-layer raspberry white chocolate cake.

There will also be a silent auction in which guests may bid on full-size versions of the desserts with the exception of the lemon ice. Items from the featured breweries, wineries and distilleries will be included in the silent auction.

This event is $125 and tickets and meal choices may be purchased via the website when it is up.